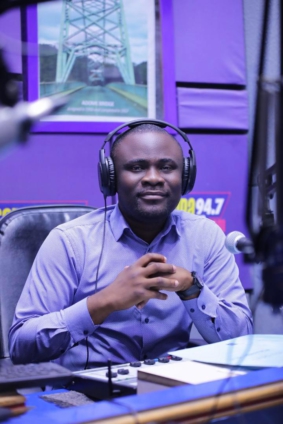 This is the first time the show has picked an award at the annual Awards.

The event came off on Saturday, October 24, at the Muvenpick Ambassador Hotel in Accra.

In all, a total of 64 journalists were awarded in several categories. It was a night to celebrate the men and women behind the microphones and cameras telling compelling stories.

It becomes the second major award won by the show in less than two years.

Speaking to Adomonline.com, host of the show who doubles as the Programmes Manager of Asempa FM, Osei Bonsu (OB) paid glowing tribute to his production team and to his predecessors who laid a solid foundation for him to build on.

“This show is what it is today because of the incredible job done by the Production team led by Dominic Kissi Yeboah. And to be honest, I want to dedicate this award to all those who came before me – my predecessors for laying a solid foundation. Ken Addy, Kwabena Bobbie Ansah and the late Kojo Asare Baffuor Acheampong are the real heroes,” he said.

In total, 14 journalists from the Multimedia Group Limited of which Asempa FM is a part were recognized for their excellent reportage in 2019.