According to him, he doesn’t understand and accept the withdrawal of military personnel of the Speaker.

Speaking on Badwam on Adom TV, he said the Speaker of the 8th Parliament needs such security because this is the first in history that a leader has been voted into power from the Minority group.

He said because of the hang Parliament with 137-137 Members of Parliament, the Speaker needs effective security in order to be independent in performing his responsibility without external influence.

He again remarked that due to the position of the Speaker as the third in power, he equally needs security protection.

“When the President and the Vice President are not there, it is the Speaker of Parliament who takes charge. He is known as the 3rd gentleman of the land. Therefore, he needs such security details.

He further revealed that the brawl in the Chamber is a major reason to tighten the security of the House, especially the Speaker of Parliament.

The soldiers – WO1 Jafaru Bunwura, WOII Apugiba Awine David, S/Sgt Agbley Prosper and Sgt. Bonney Prince – had been serving the office since January 2021. 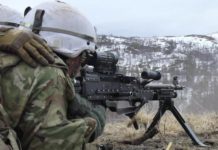 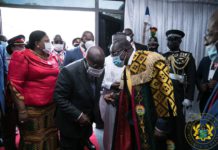 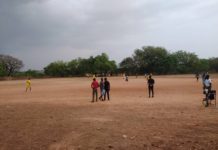