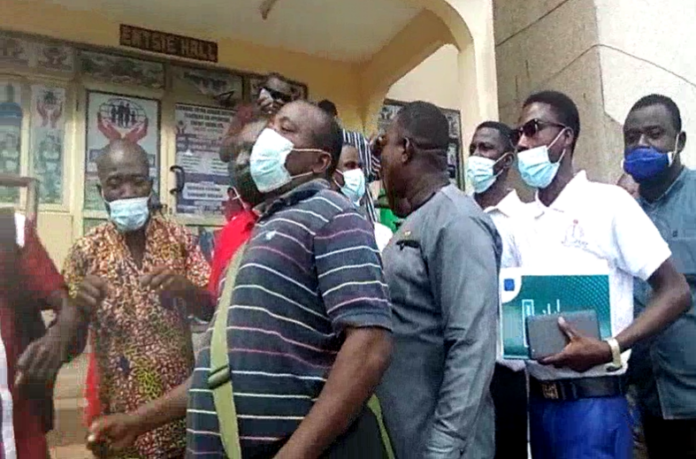 Over 600 angry teachers in the Ajumako Enyan Essiam District of the Central Region have boycotted a workshop organised by the Controller and Accountant Generals Department.

They alleged they were only lured into the said meeting to be charged GHc200.00 each for participation, a payment they were not aware of.

In an interview with Adom News, the disgruntled teachers revealed the workshop was not organised by the Controller and Accountant Generals Department as communicated earlier.

According to them, it was a group of people using the outfit’s name to organise an entrepreneurship programme for teachers.

The leader of the male teachers at Ajumako, John Badu Hagan, stated they boycotted the workshop not because of the money but the people behind it.

Meanwhile, Mrs Ellen Melody Afrani, who spoke for female teachers, said they became suspicious after the organisers failed to provide receipts to those who first paid the money.

Furthermore, the programme’s Manager for the Institute of Management Entrepreneurship, which organised the workshop, Felicia Ansah, denied the allegations leveled against them.

According to her, the money was charged based on participants from a school and not per head, adding it was a collaboration with the Controller and Accountant Generals Department. 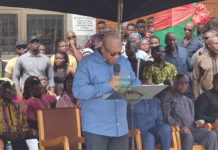