Minister-Designate for Railways Development, John Peter Amewu, has said he cannot be blamed for attacks on a bailiff, who was dispatched to serve an injunction notice.

The bailiff, Emmanuel Aziakah, had gone to the Hohoe constituency to serve summons from the Ho High Court to Mr Amewu after the December 7, 2020 election but was assaulted by men who claimed to be Mr Amewu’s boys.

This was after the Ho High Court, presided over by Justice George Buadi, granted an interim injunction that sought to restrain the Electoral Commission (EC) from gazetting John Peter Amewu as Member of Parliament-elect for the Hohoe Constituency.

The Ho High Court made the decision after an ex parte application was argued by Tsastsu Tsikata on December 23, 2020.

However, when he appeared before the Appointments Committee on Wednesday, February 24, 2021, Mr Amewu said he only saw the reports on social media.

According to him, he had no knowledge of the attacks as was reported in the media.

He indicated that he confronted his three men he works with over the attacks but they also denied responsibility.

“I sympathise with the bailiff if the incident did happen but I cannot be held responsible for that and I don’t know why those thugs would be attributed to me,” he stated. 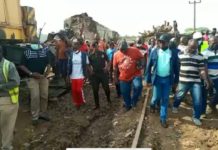 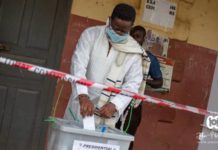 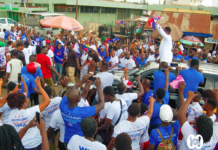