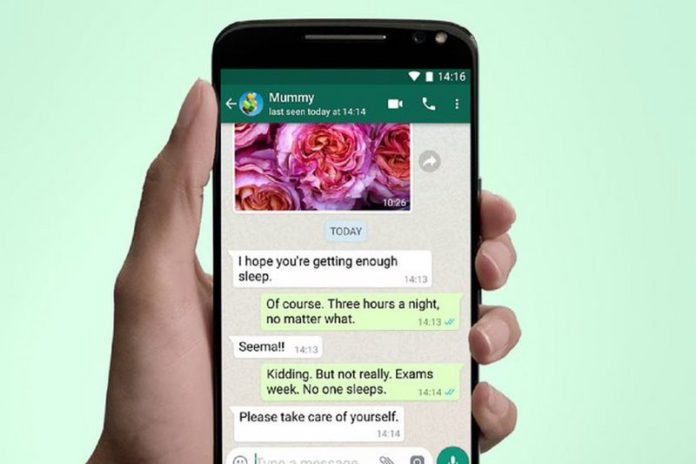 WHATSAPP has added a brilliant new feature for iPhone.

It means you’ll be able to choose specific contacts that can message you during Focus.

The clever feature lets you filter notifications and apps on your iPhone.

You can set your device with custom Focuses, or use a suggested Focus.

That could include Do Not Disturb, Personal, Work or Sleep.

They’re suggested based on context, like if it’s during work hours or as you’re getting ready for bed.

And if you set Focus on an iPhone, it’ll pass over to your other Apple devices do.

You can create specific Home Screen pages with apps and widgets for that Focus – as Apple says, “to reduce temptation”.

And if your Focus is blocking incoming notifications, that status will be displayed to others in the Messages app.

The new WhatsApp update 22.2.75 update lets you select who can message you when you’ve set a Focus Mode.

So for instance, you could shut out text notifications from work colleagues while out of hours.

And you could stop texts from friends while at work – with the exception of a partner or close family member, for instance.

The idea is that you can have more control over who’s filling up your notifications.

If you’re a regular WhatsApp user, it’s possible that you receive hundreds of notifications on the app per day.

So by limiting these depending on what you’re doing, you could make owning an iPhone a much more peaceful experience.

The app update also introduces the ability to pause and resume while recording voice messages.

That means you can stop recording if you’ve lost your train of thought, and then resume once you’ve worked out what to say.

You can try this by swiping up to lock a recording, and then tapping the “pause” and “resume” buttons.

Importantly, to use either of these new features, you’ll need to update your WhatsApp app.

To do this, go into the Apple App Store, tap your profile picture, then scroll down until you see WhatsApp and hit Update.

If you don’t see an option to update, it’s possible that you already did it – or it was automatically updated for you.

Go into Settings > General > Software Update to update your iPhone, or check what version it’s on.