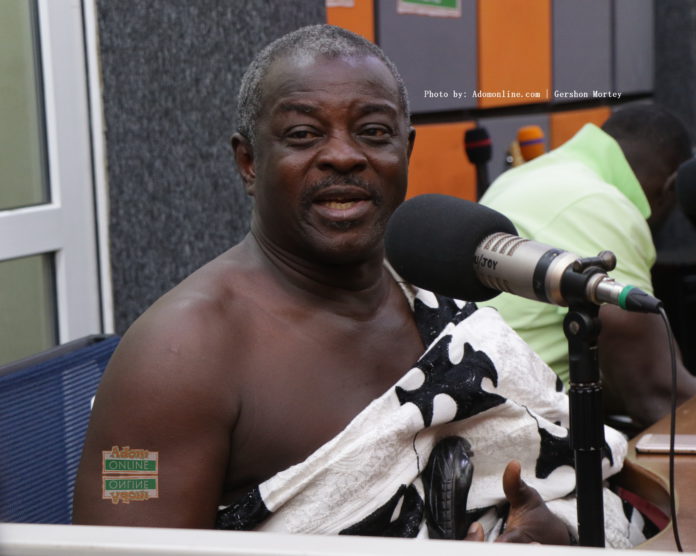 The chief of Akyem Kwabeng, Daasebre Ayimadu Kantamanso II, has given the District Chief Executive (DCE) for Atewa West District Assembly, Samuel Akumaning Asamoah, a 30-day ultimatum to rescind his decision to build a market on the only town park in the town.

Daasebre Ayimadu Kantamantu II said all attempts to stop the DCE from undertaking the project has proven futile.

The DCE, according to the chief, has failed to consult traditional authorities of the town.

“The decision has left us livid as it smacks of gross disrespect,” Daasebre Kantamantu narrated on Adom FM’s Dwaso Nsem programme Friday.

The Atewa West DCE is said to have taken over the only football pitch in the town and converted it into a market.

Adom FM’s presenter Micheal Boateng, popularly known as Mike 2, who followed the story revealed that in spite of demonstrations by the youth in the town, Hon. Asamoah has already sent contractors to site to commence foundation works.

The situation, according to Daasebre Ayimadu Kantamanso II, is affecting sporting activities of Kwabeng Senior High School (SHS) and other basic schools in the area.

He added that the DCE’s unilateral decision is a betrayal of President Akufo-Addo’s vision to develop the talents of the youth through sports.

The chief said he has instructed his lawyers to file the case in court and if he wins, the DCE will pay all his legal fees as compensation.

He also appealed to the Minister of Local Government and Rural Development to call the DCE to order.