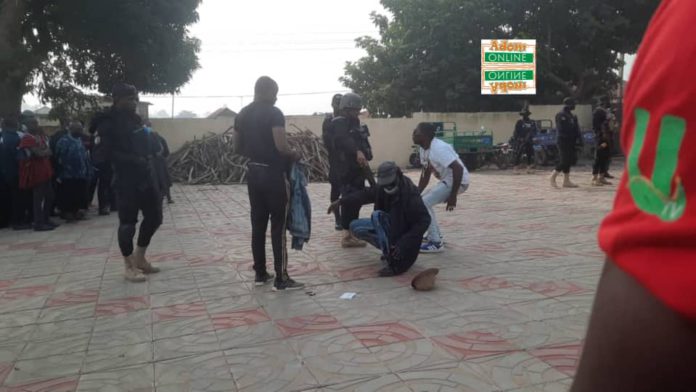 The Akyem Abuakwa Traditional Council has condemned riots that erupted at the Asamankese palace on Monday.

The council has called on the police to immediately restore peace and thoroughly probe the matter to bring the culprits to book.

The enstoolment was characterised by sporadic gunshots amidst resistance from some residents who are believed to be followers of Osabarima Adu Darko III, another rival chief.

While some residents pelted stones at the security for the ceremony, others fled the scene.

But a statement, signed by the State Secretary, D.M. Ofori- Atta, noted the incident is an affront to the dignity of Okyeman, a desecration and violation of its cherished customs and traditions.

To the Council, Osabarima Adu Darko III remains the legitimate chief of Asamankese, adding the installation of Osabrima Pobi is unlawful, irregular and uncustomary.

Urging the people of Asamankese to exercise restraint, the council has indicated regular customary and disciplinary measures will be taken against Osabarima Pobi II.

“The Osagyefuo unreservedly condemns this act and calls on the Police and other law enforcement agencies to immediately restore order, thoroughly probe the incident, bring all culprits to book and put an immediate end to the unlawful seizure and occupation of the Asamankese palace.

“Also, an inventory of all customary items and artefacts must be taken without fail. It is to be noted that this is without prejudice to other related regular customary and disciplinary measures to be taken against Barima Pobi Asomanin III, and other errant chiefs,” the statement read in part. 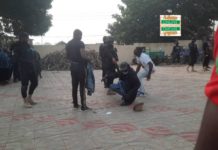