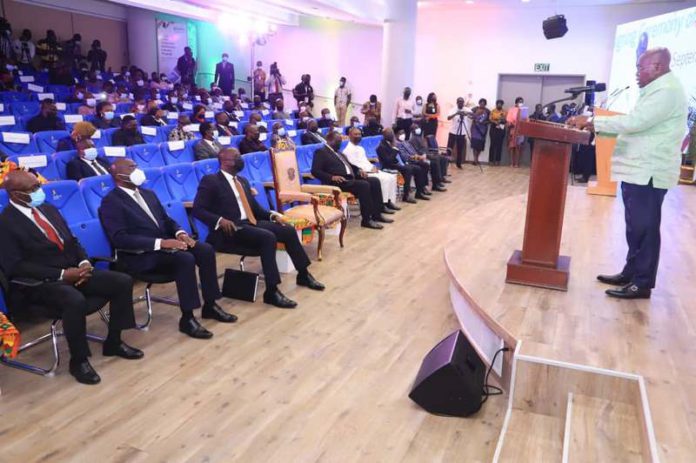 President Nana Akufo-Addo has charged the Ministry of Railway Development and the Finance Ministry to fast-track the completion of railway lines along the eastern and western corridors to aid bauxite mining and accrue more earnings for the country.

According to him, the success of bauxite mining in the country depends on a good railway network.

“If we’re to be successful in this venture, the development of our nation’s railway infrastructure will be vital. I’ve just directed the Ministers for Railway Development and Finance to work together to accelerate the realisation of our western and eastern railway network. The port infrastructure necessary to efficiently facilitate the operations for the exportation of bulk items has to be developed as we seek to do in the Boankra inland port project,” he said.

Meanwhile, mining of bauxite in the country will require about six billion dollars investments from the private sector, according to the Chief Executive of the Ghana Integrated Aluminium Development Corporation, Michael Ansah.

He pointed out that though the expected amount is one of audacious industrial programmes, he believes it will be utilised properly to fully achieve the exploitation of bauxite reserves and prioritise value addition for both local and international markets.

“The projects will ensure the full utilisation of the bauxite reserves we have at three key locations in Awaso in the Western North region, Nyinahin-Mpasaaso in the Ashanti region and Kyebi in the Eastern region. These projects uniquely underline our overriding goal of value addition which is at the core of what GIADEC is all about. The four projects together will require private sector-led investments of up to $6 billion, making this one of the most ambitious and indeed audacious industrial programmes since our independence,” he said.

The projects include expansion of existing mine at Awaso, development of mines at Nyinahin-Mpasaaso and Kyebi as well as the modernisation and expansion of the VALCO smelter in Tema.