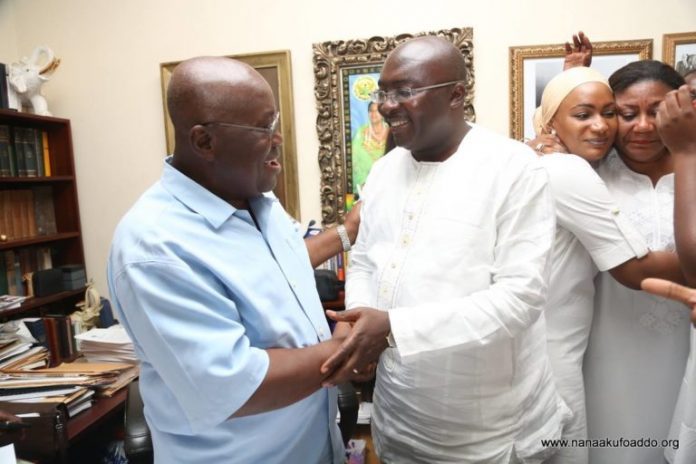 President Nana Akufo-Addo says his outfit together with that of Vice President Dr Mahamudu Bawumia and all members of the Executive would not see any increase in salary this year.

Addressing the nation during an event to celebrate Workers’ Day, the President noted that the decision taken is to assist the country to recuperate from the adverse effect the Covid-19 pandemic has had on the economy.

“I have taken the decision to freeze salary increment for this year, 2021 for myself as president, the vice president, ministers, deputy ministers, and all appointees of the executive.

“It is our modest contribution to reduce the damage to our public revenue and to help hasten our nation’s recovery from the ravages of the pandemic,” he stated.

According to the Commander-in-Chief of the Ghana Armed Forces, despite the challenges the pandemic has presented, the country has chalked some successes owing to the contributions and hard work of workers nationwide.

He indicated that through combined efforts, Ghana can now boast of a good labour environment and further urged organised labour to continue to resort to social dialogue and engagement with government and other stakeholders.

President Akufo-Addo also revealed that negotiations with the Tribunal Tripartite Committee to set a marginal increment of salary for public workers have begun in earnest.

His assurance follows concerns raised by public workers unions after the Ministry of Finance explained that government does not have enough money in its coffers to undertake salary increment for at least the next three years.

Meanwhile, President Akufo-Addo has encouraged Ghanaians not to lose sight of the Ghana Beyond Aid agenda as it continues to serve as the beacon of hope for Africa.

“I am confident that we can free ourselves from a mindset of dependence, charity, and handout and build a self-reliant economy which would mobilise the immense resources of Ghana, material, and human with women and youth in the forefront to resolve Ghana’s problems and deliver a dignified standard of living to the working people of our country,” he added.

He also used the platform to entreat Ghanaians to remain calm and have hope in the incumbent government to prioritise the safety of citizens and procure more Covid-19 vaccines.