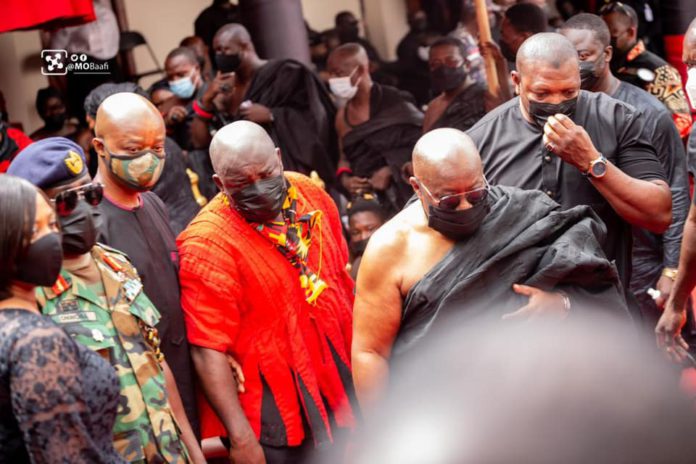 The father of the Founder of Danquah Institute, Gabby Asare Otchere-Darko, has been laid to rest.

The solemn ceremony for Dr Joseph Felix Boateng Otchere-Darko was held in Koforidua in the Eastern Region over the weekend.

Other Ministers of state, New Patriotic Party stalwarts as well as traditional leaders were also present to commiserate with Mr Otchere-Darko.