Dr Kwadwo Afari-Gyan, a former Chairman of the Electoral Commission (EC), says Ghanaians living abroad must be allowed to partake in the nation’s Presidential Elections only.

He noted that, based on certain considerations, the most practical and cost-effective way was to allow Ghanaians living abroad to vote only in the presidential elections.

He recommended that Ghanaians resident abroad, who were of voting age be allowed to register and vote in person at the nation’s high commissions, embassies and consulates.

“I am mindful that this position implies that we cannot take the stance that every qualified Ghanaian everywhere should be registered to vote. But I think that such a stance would straight away present us with an impracticable situation,” Dr Afari-Gyan stated in his presentation at the ongoing 70th Annual New Year School and Conference at the University of Ghana.

The four-day programme on the theme: “Building Strong Institutions for Democratic Consolidation in Ghana,” is being organised by the School of Continuing and Distance Education of the College of Education, University of Ghana, in collaboration with the Ministry of Local Government and Rural Development.

Dr Afari-Gyan recounted that as Chairman of the EC at that time, he briefed Parliament on this subject as far back as November 2002.

He said the issues involved were legal, financial and practical; declaring that Parliament would surely deal with the legal issues and the government would bear the financial burden.

“So, let me pose some of the practical administrative issues in the form of two questions with brief comments: In which of our general elections will voters resident abroad be allowed to vote?” he asked.

“I dare say that we should rule out the district level election, in view of the huge numbers of electoral areas and candidates.”

He said beyond that, some countries allow their citizens living abroad to vote in their presidential elections; stating that “of the countries that allow their citizens abroad to vote in both presidential and parliamentary elections, most of them have proportional representation systems, so the voters vote for political parties and not for candidates of specific constituencies”.

Dr Afari-Gyan also posed the question on “How will voting take place: by proxy, by mail, or in person?”

With regards to proxy voting, Dr Afari-Gyan said “as at now, the relatively few Ghanaians abroad who are eligible to register vote by proxy”.

He said, however, there could be no doubt at all that it would be extremely difficult and cumbersome for the EC to process a huge number of applications to vote by proxy.

On “voting by mail”, Dr AfariGyan said “usually, voting by mail requires an elaborate system of tracking and is easily subject to abuse as one is never sure who really cast the ballot. It could also easily cause problems for the timely release of results.”

Speaking on the topic “Improving the Electoral Process for Democratic Consolidation”, Dr Afari-Gyan said every Ghanaian who was knowledgeable about the electoral process could contribute to its improvement.

He said improving the electoral process involves making small changes consistent with the existing laws and making reforms by amendments or new laws where appropriate. 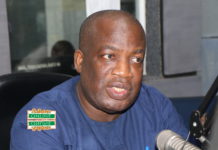 EC can only implement ROPAL if…

Hot audio: We will contribute if ROPAL is implemented – Ghanaians abroad to Bawumia

EC ready to implement ROPAL in 2020