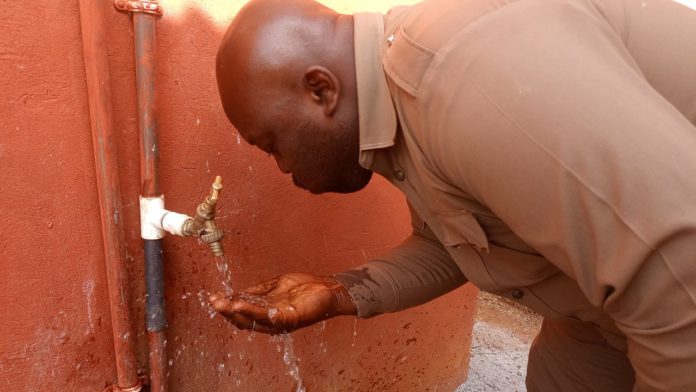 The Nkwanta South Ghana National Fire Service station in the Oti Region has been provided with water facility to run their daily services and operations.

Numerous reports by Adom News’ Obrempongba Owusu revealed that the fire stations in the district have no access to fire hydrants and water to run their operations.

Consequently, Anidaso Water, Health and Education has constructed and installed water facility to facilitate their operations.

Speaking to Adom News, the project manager for Anidaso, Christian Aduful, said they were alerted of the deficit from the news portal.

According to him, he identified that the fire stations need urgent fire hydrants, hence the need to assist within their might.

He advised the station officers to take good care of the project to support their daily activities.

The Nkwanta South Municipal Fire Service commander, DO2 Francis Agbavitor, commended Adom News for the continuos support towards the area’s development and Anidaso for coming to their aid.

He said the provision of the water will put an end to the long distance travelling in search of water to run operations as a fire station.