The Bono Regional Chairman of the New Patriotic Party (NPP), Kwame Baffoe has dismissed accusations that the current administration is practicing “family and friends” governance.

Mr Abronye in expressing his descent asked: “if the President should go outside to elect his Ministers from Congo.”

In his view, the debate on ‘family and friends’ is only wrong if the person takes “undue advantage” of the position of his relative in government.

Abronye DC, as he’s popularly called, claimed the constitution which upholds the fundamental principles of the country doesn’t block any relative of a sitting president from working.

“In every governance and our 1992 constitution doesn’t block any relative of a president from working,” he said on Adom FM’s morning show, Dwaso Nsem Wednesday. 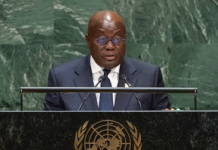 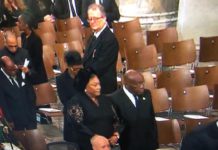 Election 2024: Bawumia’s response to whether or not he will succeed Akufo-Addo [Video]

Aisha Huang: I have been having sleepless nights – MP