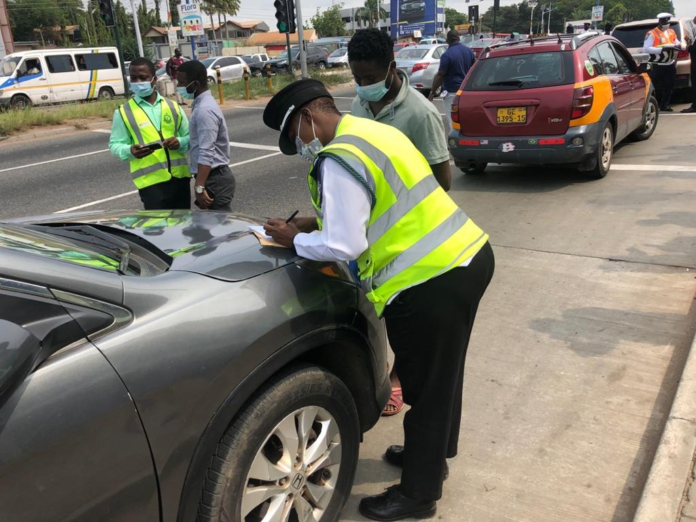 The Sekondi-Takoradi Metropolitan Assembly (STMA) in collaboration with the Ghana Private Road Transport Union (GPRTU) task force has arrested 99 drivers for parking and loading at unauthorised locations within the metropolis.

A spot fine of between GHC100 and GHC300 was imposed on the drivers, and the STMA and GPRTU taskforce are pursuing two drivers who ignored the team and drove their vehicles away.

Head of Public Relations of the STMA, John Laste, in a statement copied to the Ghanaian Times confirmed the arrest, saying the drivers were grabbed at various parts of the metropolis.

Mr Laste recalled that the STMA and GPRTU on Wednesday, December 8, 2021, inaugurated a joint task-force to arrest commercial vehicle drivers who engaged in traffic offences, particularly those who load or alight passengers at unauthorised locations in the metropolis.

On sanitation, he said the Takoradi Sub- Metropolitan Council arrested five people for dumping waste at unauthorised places and for open defecation, the court imposed a fine on the offenders, in default would go to prison.

Mr Laste said “some offenders paid their fines while others who could not pay, had COVID-19 test conducted on them and are expected to commence prison sentence.”

He urged the public, especially store owners and members of households within the metropolis to desist from indiscriminate dumping of waste and open defecation.

Mr Laste cautioned that the Sekondi-Takoradi Metropolitan Assembly would strictly enforce laws of traffic and sanitation to bring sanity to the metropolis.