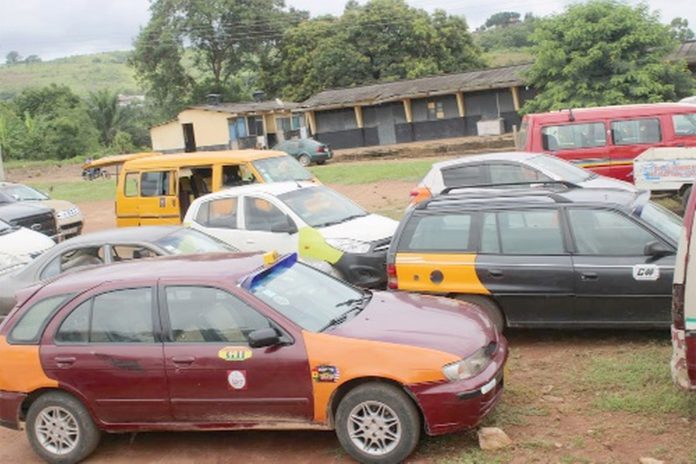 The Eastern Regional Office of the National Insurance Commission (NIC), in collaboration with the Motor Transport and Traffic Department (MTTD), has impounded 91 vehicles over fake insurance certificates in parts of the region.

The joint operation led by the NIC and MTTD, Driver and Vehicle Licensing Authority (DVLA), and the National Road Safety Authority also impounded unregistered motorbikes and tricycles, as well as vehicles without insurance.

The three-day operation at Somanya and Atimpoku ended last Thursday, at Adukrom and was part of an initiative to bring sanity on the roads and decrease the accident rates in the region.

A total of 65 vehicles comprising commercial cars, trucks, and private cars were impounded aside 18 motorcycles and eight tricycles.

Over 100 unapproved headlamps on vehicles were removed as part of the exercise.

The Eastern Regional Manager of the NIC, Mrs Esther Konadu Ofori, urged drivers and vehicle owners to desist from taking the risk of using the road without at least third party insurance which protected the interests of passengers, and pedestrians, in order not to end at the wrong side of the law.

She cautioned drivers and vehicle owners to refrain from patronising the services of middlemen popularly known as ‘Goro boys’ who issue them with fake insurances.

She added that passengers should also be vigilant and check the insurance validity of vehicles with the shortcode *920*57#.

Mrs Ofori said the NIC did not recognise the activities of Goro boys and would make sure all illegally acquired insurance certificates were eliminated from the system.

She urged vehicle owners in the region to take advantage of their presence in the regional capital to get education on the processes for acquiring an insurance cover legally.

The Eastern Regional MTTD Commander, Chief Superintendent Stephen Kofi Ahiatafu, who led the operation, told the Daily Graphic that the vehicle owners and their drivers would be processed for the various traffic offences, including the use of fake insurance, driving with fake licence or without licence, and the use of unregistered vehicles.

He said there would be the need for the police, in collaboration with the NIC and the National Road Safety Authority, to continue to educate the public about insurance policies and the various traffic regulations in order to deal with the rising situation.

Chief Superintendent Ahiatafu added that the police through the MTTU would continue the education and checks on the road to help reduce minor traffic offences and accidents.

The Eastern Regional Director of the DVLA, Mr Sylvanus Markwei appealed to drivers to remove all additional headlamps from their vehicles especially lamps that had not been approved.

He explained that the additional headlamps, which appeared brighter at night, affected the vision of drivers of oncoming vehicles leading to accidents in most cases.

He added that theNational Road Safety Authority had begun massive education on the issue following the passage of legislation.

He appealed to drivers to cooperate with the authority to curb the menace and reduce road accidents. 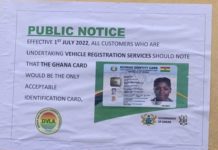 Confusion hits DVLA as it starts ‘no Ghana Card, no vehicle registration’ policy 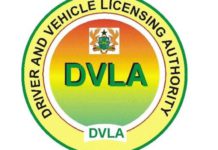 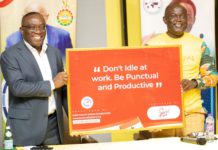