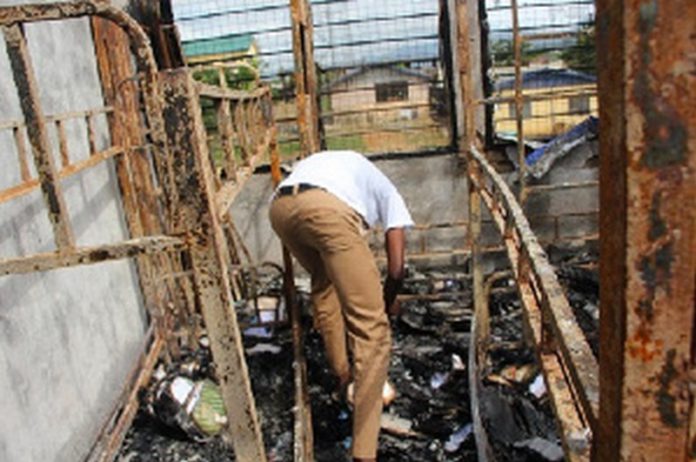 A total of 75 students of the Koforidua Tech­nical Institute (KTI) in the Eastern Region have been rendered homeless when a section of their dormitory was gutted by fire on Monday night.

Their personal belongings in­cluding beds and mattresses worth thousands of Ghana cedis were destroyed completely.

The affected students, who were currently being sheltered in a private hostel, are counting their losses, as some of them have to borrow shirts and footwear from their colleagues to wear and attend classes.

The timely arrival of personnel from the Ghana National Fire Service (GNFS) saved the entire dormitory from destruction.

The GNFS said it was unclear what caused the fire, and stated that investigations had com­menced into the incident, adding that they would hold a series of engagements with students on fire safety issues.

The Principal of the school, Bernard Forson, explained that the school would have to keep the affected students at the private hostel till the end of the term, to enable the school and other stake­holders to take long-term measures to curb the situation.

He called on the general public to help provide needed assistance to the affected students.

The Zonal Coordinator of the National Disaster Management Organisation, Prince Nyarko said his officials had visited the school to offer pieces of advice on safety measures.

The Member of Parliament for the area, Nana Adjei Boateng, has sent some support to cater for the immediate needs of the students.