The country in recent times has landed itself in an economic downturn.

Presently, the country’s inflation stands at 54.1 percent, the cedi is currently struggling against the major foreign currencies after a free fall in December last year.

Generally, there is a high cost of living.

The government is currently seeking a bailout from the International Monetary Fund.

Meanwhile, to sustain the country’s debts, government introduced a debt exchange programme, which has been widely rejected.

In a Facebook post on Saturday, the Ranking Member on Parliament’s Finance Committee, Dr Cassiel Ato Forson, has enumerated reasons why he thinks the country “got into this economic mess.”

Find the 7 reasons below:

1. The NPP has the largest size of government in the history of Ghana! Find out how many ministers they’ve appointed from 2017. At one point, they had over 125 ministers!

2. This government has over 1,000 presidential staffers paid as article 71 office holders at the jubilee House!

3. They’ve also appointed soo many special assistants to ministers with emoluments close to that of deputy ministers at the various MDA’s.

4. The number of spokespersons at various MDA’s paid above the pay of Directors!

5. The number of CEO’s at various State-owned Enterprises (SOEs) and their pay packages! Many of these SOEs now employ three or four deputy CEOs with fat conditions of service!

7. The unconscionable decision to send over 100 Databank staff to the Finance Ministry as special assistants and paid as customs commissioners on GRA’s payroll!

You are in good hands – Ato Forson assures Minority Caucus 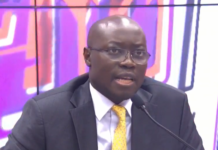 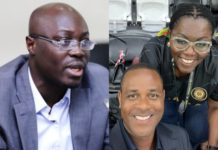 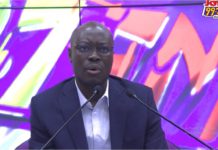