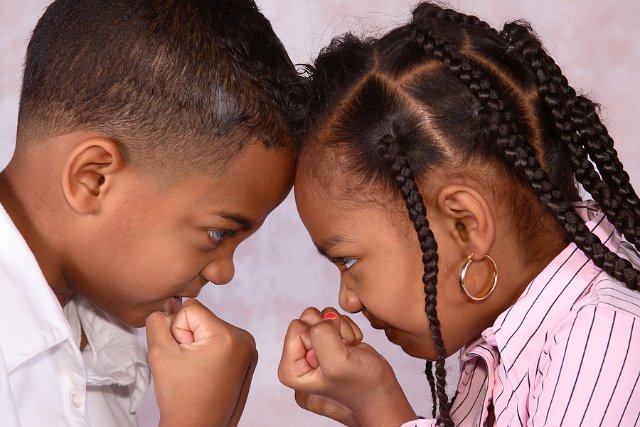 It’s about four weeks since one Honourable was sad, angry and pissed because he experienced a fraction of what we go through every single day of our life working in Child health in Ghana.

Since then I have watched some of you talking in the media along political party lines, bragging about what governments past and present have done for healthcare in Ghana.

Funnily enough, it reminds me of a day, years ago, when I was sitting under a tree, reading, with a dog at my feet.

There was an intense scuffle in a nest in the branches above and a small, featherless chick fell out of the nest. My dog jumped up, picked the chick and ran off into the bushes before I could do anything.

Soon afterwards, there was silence in the nest. Obviously someone had won the fight, but the most vulnerable one, their future, was lost. Forever.

You see, during the four weeks that you have been debating which government has done more for healthcare, the young ones have fallen.

It may not seem like a large number to you, because these are children; babies. And all they do is feed, sleep, play and poo.

But picture these young ones as your kids or your grandkids. Picture that baby as the one who raises her hands to you to be held and gives you a toothless smile when you visit your nephew and his family; or the one who will donate a kidney to you someday; or better still, the one who formulate policies for you when you are old and gray.

Imagine parliament with 534 of the Members dead in a month. You would be in a negative balance. You would weep.

You would not wear political party colours. You would all wear red. But that’s how many kids we have lost since your debate began.

I am a pediatrician. I speak for the children. Let me be honest with you. You are not prioritizing the health of the children enough.

You talk about hospitals you built. Congratulations. But where are the children’s hospitals in the 16 regions? Where can the sick child get the total compliment of care he needs: from cancer treatment to ICU care?

You talk about ambulances. Wonderful. But where are the ambulances fit for babies? How do we transfer a newborn across the regions without a transport incubator?

It seems you expect us to put the tiny baby on the adult bed in the ambulance, pump air into his tiny lungs and hold on fast so that he doesn’t fall off as the car races across terrible roads. How?

You mention healthcare workers as your achievement. Wonderful. But how many pediatric surgeons do we have in this country? And pediatric intensivists?( Why am I even mentioning the intensivists when there are too few pediatric ICUs to put them in).

The critically ill children have to cross many regions to see these people. And many times, they just give up and die on the journey
.
You boast of the strides in health insurance. But we still cannot find one childhood cancer that it caters for. Meanwhile, the cancers of these little ones are oh so curable.

Yet we continue to draw a sheet over the still form of a child who died from a treatable cancer and send the body to the morgue.

And back to the issue of beds. You talk about bringing in hospital beds. Honorables, G-275, I need you to understand this once and for all:
For the premature baby, her bed is an incubator.

For the jaundiced baby, his bed is a firefly or phototherapy machine.

For the newborn with sepsis, a bassinet is her bed, not an adult bed.

For the toddler, his bed is a cot with side rails so he doesn’t fall and hurt himself.

For the critically ill child whose organs are shutting down, just the mattress and frame of a bed can’t save him. He needs an ICU bed which has all the lifesaving equipment with it.(ventilators, monitors, infusion pumps and everything)And of course :the skilled personnel.(but we will talk about them another day)

I agree you have some achievements regardless of your affiliations. But when I remember Nihad looking into the eyes of a kid with a curable cancer as she listens to the parents ask for discharge to let the child die because there is no money; when I listen to the grief in Naa Djama’s voice as she tells me of a 7day old who is having seizures and will never sit or talk because he was brought in too deeply jaundiced from a facility that didn’t have phototherapy and so is brain damaged for life;

when I watch Vera care for a 3 year old child who is struggling to breathe and is giving up but has no CPAP to help him and when I look at the tiny baby wrapped up but brought in dead in a freezing cold ambulance and I don’t know how to tell the parents, I can’t help but say this: None of you deserves the bragging rights when it comes to Child health in Ghana.

G-275, I asked the other Honourable to go trace a journey. But I give you an easier task. You need to seek healthcare in the hospitals in the constituencies that voted for you.

Find out the state of the equipment and skills of the staff in the kids ward and NICU (if there is one). Would you want your sick child/grandchild to be admitted there?

When you go through the system without calling a doctor friend for ‘protocol’ to sort you out in the privacy of your home, that’s when you will realise how hard the hospital bench is. And that will be the least of your worries .

That is when you will realise how we badly we lack equipment and skill to save lives of children. ’Your eyes will be opened’.

You see, unless you strengthen the hospitals in the periphery in terms of equipment and skill, every critically ill child will end up in Korle Bu or KATH, or TTH and there will be ‘no bed’. And the children will keep dying.534 for May alone… and counting.

I have the right to ask you to go on this fact finding mission : because every four years, in December, an 84 year old woman gets up at 3am and takes a bath.

She doesn’t eat breakfast nor take her diabetes medication, but hobbles with a walking stick down a rocky road in the dark just to queue to vote for you.

G-275, as you embark on your journey, remember this ; those 534 dead kids did not vote and will never grow to do so.