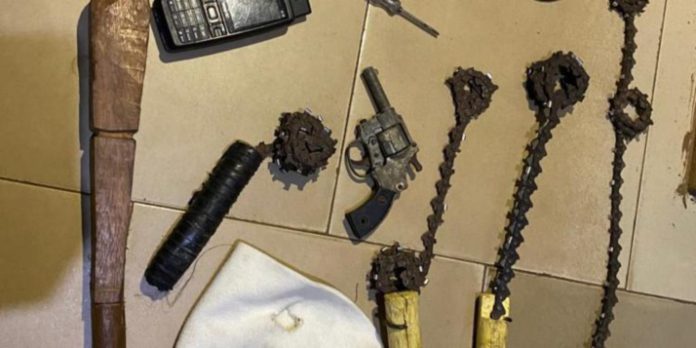 The swift intervention of the Police and the Military has foiled a possible robbery incident in the Volta Region capital of Ho.

This follows the arrest of some three suspected armed robbers who were in the possession of a firearm and other offensive weapons in the Barracks New Town suburb.

Doe Kofi, 20, Appiah Joseph, 27, and Yaovi Gideon, were arrested by a joint patrol team military tasked to weed out miscreants within the Ho municipality ahead of the new year.

“Search on the suspects revealed a bag containing a foreign pistol (Revolver), club, four whips made of wooden handles and bicycle chain, knife, screwdriver, and one mask”, stated a Police communique.

The suspects are in police custody assisting with investigations, while processes are ongoing to arraign them before a court in earnest.

“The Command assures the public of its preparedness to combat crime for the safety of all residents in the region and also calls on the public to support by providing timely information that can lead to the arrest of criminals to make our communities safe.”