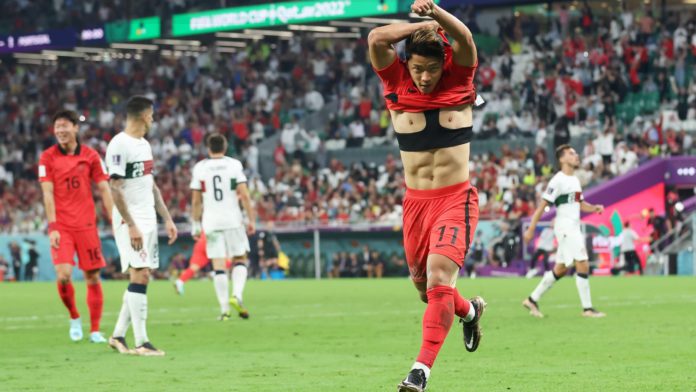 Hwang Hee-Chan provided late drama for South Korea, as his late goal earned his country a 2-1 win over Portugal – and a place in the World Cup knock out stages.

Paolo Bento’s side did it the hard way as they were forced to come from behind, but in the end the Wolves striker’s goal in second half injury time saw his side beat Uruguay to secure second place in Group H on goals scored.

Fernando Santos made six changes as, with their passage to the round-of-16 already confirmed, he rested some of his senior players, including Bruno Fernandes. They still made an electric start though, netting after just five minutes as Ricardo Horta converted from Diogo Dalot’s low cross.

A superb stop from Diogo Costa, diving full stretch to his right to keep out Cho Gue-Sung’s header, prevented South Korea from equalising, but they got their goal just before the half hour mark as Kim Young-Gwon acrobatically slid home from close range.

Chances were more sparse in the second half, although Costa made one excellent reaction save from a thumping Hwang In-Beom effort. There was the feeling that Bento’s side needed to take the handbrake off though as they searched for the goal they needed to go through.

Time appeared to be running out, as did South Korea’s chances as they struggled to get hold of the ball, but a rapid counter-attack from a Portugal corner led to Son Heung-Min feeding Hwang, who slotted home a dramatic winner, leading to jubilant scenes at the Education City Stadium. 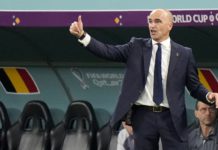