SuperSport viewers on DStv and GOtv will be counting down the days to the 2022 FIFA World Cup in Qatar, with the tournament set to run from 20 November to 18 December and provide the most thrilling distillation of ‘The Beautiful Game’.

The 2022 FIFA World Cup in Qatar will mark South Korea’s 10th successive appearance at the tournament – a run of successful qualification that is only matched or bettered by global football powerhouses such as Spain, Argentina, Germany and Brazil.

The start of this streak began at the 1986 World Cup in Mexico, when Korea appeared at just their second global tournament and a first since their debut in 1954. The man in charge of the Taeguk Warriors at the time was Kim Jung-nam, who admitted that he was concerned to be placed in Group A alongside Argentina, Italy and Bulgaria.

“To tell the truth, we were very worried. Argentina was considered a serious trophy candidate and they eventually won. Italy were the defending champions and Bulgaria was also a strong team. We thought, if we lose, we lose, but we will try our best not to lose with a big goal difference,” explained Kim.

Korea failed to win any of their matches and exited the tournament after the group stage, but they punched above their weight, scoring a famous goal through Park Chang-Sung in a 3-1 defeat to eventual champions Argentina, holding Bulgaria 1-1, and suffering a hard-fought 3-2 loss to Italy in which they pushed the Azzurri to their limits.

“As for the match against Argentina, I thought we were in for a big defeat because we conceded two goals at the start of the match,” said the former Korea coach.

“Then, as soon as the second half started, we conceded another one. I was worried that it might be 10-0, but thankfully deeper into the second half we got better. Park Chang-sun’s screamer revitalised the team. We regained our confidence.”

On the tournament performance as a whole, he added: “It was a difficult situation, we didn’t have any information about the opponents so we could not analyse them. But also, compared to now, we did not have much international experience or financial support.

“We were willing to fight tooth and nail and I think that’s what brought us the results. I think that the Mexico World Cup provided the basis for Korea’s semifinal finish at the 2002 World Cup and the national team reaching 10 straight World Cups.”

Korea will hope to make a mark at Qatar 2022 when they battle Uruguay, Ghana and Portugal in their Group H matches. 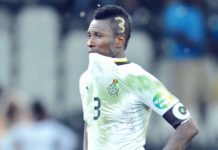 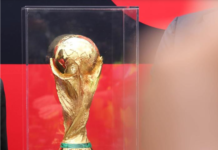 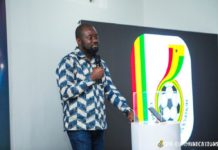 Qatar 2022 World Cup: Dates, fixtures, venues, tickets – All you need to know ahead of tournament

Apart from senior players who may have an advantage, no one is guaranteed a place ...