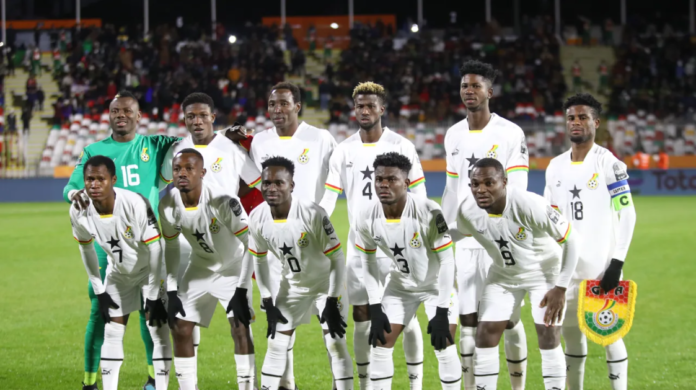 The Black Galaxies of Ghana cruised to a 3-1 victory over a wasteful Sudan side in the only game played on Thursday at the ongoing TotalEnergies African Nations Championship (CHAN) in Algeria.

Sudan took an early deserved lead in the 31st minute through Al Gozoli Nooh but Walkner Annor’s side kept pushing for that equaliser and eventually got it in the third minute of extra time; before the breakthrough Konadu Yiadom , who was well-positioned, put the ball past goalkeeper Ali Abdalla Aboeshren.

The Falcons of Jediane started the second half on a high note but it was Ghana that played with more preciseness in the pursuit of another goal.

Ghana were rewarded for their efforts when captain Daniel Afriyie was brought down in the box and he made no mistake to convert from the spot and hand his side a 2-1 lead in the 65th minute.

Sudan’s Ahmed Adam Ahmed could have equalized from just outside the box but he sent his free-kick attempt way off the mark much to the frustration of his teammates in the 80th minute as the pressure continued to mount.

Four minutes later, Yasir Mozamil Mohamed had his shot at goal cleared off the line as Ghana continued to showcase their focus late in the game as they tried to protect their lead.

Nooh could have made it a brace, but his effort was blocked by the well-positioned Ghanaian goalkeeper Ibrahim Danlad who was busy on the night eventually making three crucial saves for Ghana.

As Sudan continued with their pursuit of that equalizer, Sudan’s Salaheldin Mahmoud Nemer thought he had put the ball in the back of the net but Chadian referee Alhadji Allaou Mahamat checked with VAR to deny the goal in the 96th minute.

A minute later, Afriyie was sent off for a dangerous challenge on Walieldin Khdir Safour and in a crazy turnaround of events, substitute Seidu Suraj connected to a Jonah Attuquaye into the box to make it 3-1 for Ghana and sealed the victory for the Galaxies in the 98th minute.

This is Ghana’s first win at this year’s edition and has sent them in second position with three points behind Madagascar’s six after two match days.