The matchday three of the 2022/23 Ghana Premier League has ended at the various stadia with some exciting results with just one game left to be played on Monday.

At the Accra Sports Stadium on Friday, Accra Lions secured their second win of the season after recording a 1-0 win against debutants, Tamale City.

Great Olympics deepened the woes of King Faisal with a 1-0 on Saturday at the Accra Sports Stadium.

Aduana Stars at the Nana Agyemang Badu Park were held to a 2-2 draw with debutants, Samartex FC.

Real Tamale United at the Aliu Mahama Stadium were pipped by a lone goal by rejuvenated Legon Cities.

At the DUN’s Park, Bibiani Gold Stars picked their first win of the season with a 1-0 win over Bechem United.

The big game of the weekend was the Super Clash between Asante Kotoko and Hearts of Oak.

Kotoko after a disappointing performance against RC Kadiogo opened their Ghana Premier League campaign against their rivals at the Baba Yara Stadium.

After 90 minutes of action, the game ended 1-1 with Yusif Mubarak and Caleb Amankwah both scoring in the second half for their respective club.

Medeama SC will be hosted by Berekum Chelsea at the Nana Agyemang Badu Park on Monday in the final fixtures of the week. 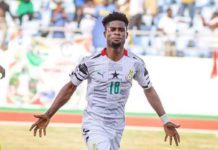 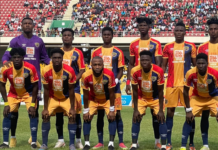 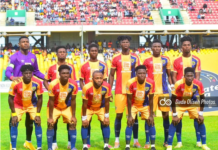 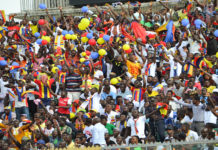 Hearts of Oak fans misled by mischievous people – Board member