Asante Kotoko have officially written to the Ghana Football Association (GFA) to request for a change in their home venue.

Due to the renovation which is currently ongoing at the Baba Yara Sports, the Porcupine Warriors resorted to the Accra Sports Stadium as their home venue ahead of the 2020/21 Ghana Premier League.

Moses Antwi Benefo, who is the Communications Director of the club, has confirmed the officials sent a letter to the Ghana FA to ask for the change and hopes to communicate that to the Confederation of African Football (CAF) as well.

Kotoko cited pressure on the Accra facility as one of their key reasons for the request for a venue switch.

“We have written a request to the GFA for a venue change for Ghana Premier League home matches. We want to move from Accra to the Tamale Sports Stadium.

“We all know there is immense pressure on the Accra Sports Stadium. Legon Cities, Inter Allies, Hearts of Oak, Great Olympics and Kotoko are using the facility.

“This year, we’ve had Caf’s inspection team approve the Tamale Stadium as fit to host Caf inter-club matches so we adopted it as our second home venue in the event we are unable to use Accra for our Champions League games.

“And the GFA’s President has already brought the mantra ‘Bring Back The Love’ and ‘Creating Wealth For All’. We believe the love is back and we want to spread it across the length and breadth of the country. We believe moving to Tamale would help improve the economy there,” Mr Benefo, Asante Kotoko’s Director of Communications said.

Already, the Porcupines have had the Tamale facility approved by Caf as an alternate venue for their champions League campaign this season and have offered to bear every cost should the GFA decide that its Club Licensing Board has to inspect the venue before sanctioning any switch.

Asante Kotoko have drawn both games they have played so far in the new Ghana Premier League campaign – 1-1 draw in Accra against Eleven Wonders and a repeat of the same at Berekum Chelsea.

The club’s most recent match at the Aliu Mahama Sports Stadium was a 3-1 victory over arch-rivals Hearts of Oak in the final of the 2017 MTN FA Cup. 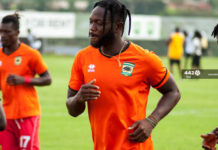 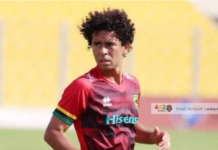 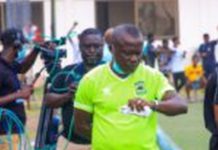 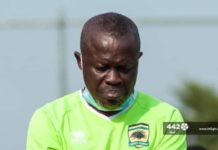