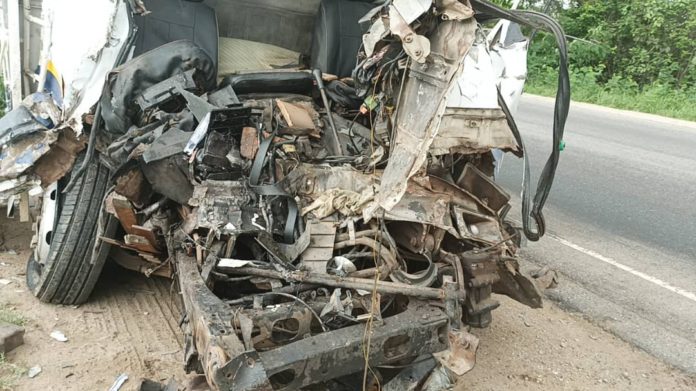 About 20 passengers are in critical condition while 26 other persons are mildly injured and receiving treatment at the Winneba Trauma and Specialist Hospital in two separate accidents which occurred on the Kasoa -Cape Coast Highway.

Police at Winneba say three vehicles that were involved in the first accident, a Sprinter Benz, a Kia Rhino and a DAF trailer have been towed away from the accident scene.

He said an unsuccessful overtaking by the Kia Rhino vehicle resulted in a head-on-collision.

In the second accident, an eyewitness revealed that, a Sprinter Benz Bus with the Registration number GN 2572- 10 From Cape Coast to Accra burst a tyre, and as a resulted somersaulted leaving the occupants in a critical condition .

The Winneba Municipal Fire Service Commander, D03 Kwesi Hughes, said the second accident was caused by the overloading of passengers.

He said, instead of the 23 passenger capacity, there were 36 passengers on board the vehicle that had food stuff as well.

All the 46 passengers are receiving treatment at Winneba Trauma and Specialist Hospital.