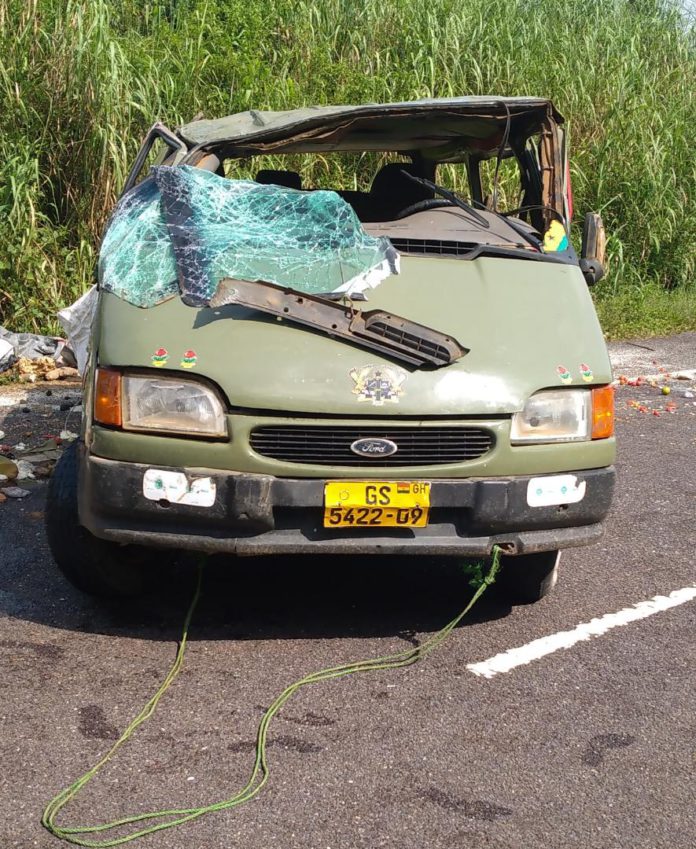 Two persons have lost their lives with 13 others in critical condition following a crash at Ahondwo along the Nkwanta-Accra highway in the Oti Region.

The deceased include a month-old baby and another male believed to be in his forties.

The fully loaded car with registration number GS 5422- 09 was heading towards Kadjebi from Kabiti when it was involved in the accident.

Information gathered indicated that the Ford driver was driving on top speed when it burst a tyre.

This led to the car loaded with foodstuff losing it’s balance and veering off the lane.

The passengers in the front part of the vehicles sustained the most injuries. Some 13 persons were injured in total.

The victims have been sent to St. Joseph’s Hospital in Nkwanta South and are currently receiving treatment.

The two deceased have been deposited in the hospital’s morgue.

In another development, a 23-year-old accident victim has delivered successfully after being rushed to the theatre.
The baby has been referred to Neonatal Intensive Care Unit (NICU and the mother is back from theatre, responding to treatment.

She also sustained some fractures on some part of the body.