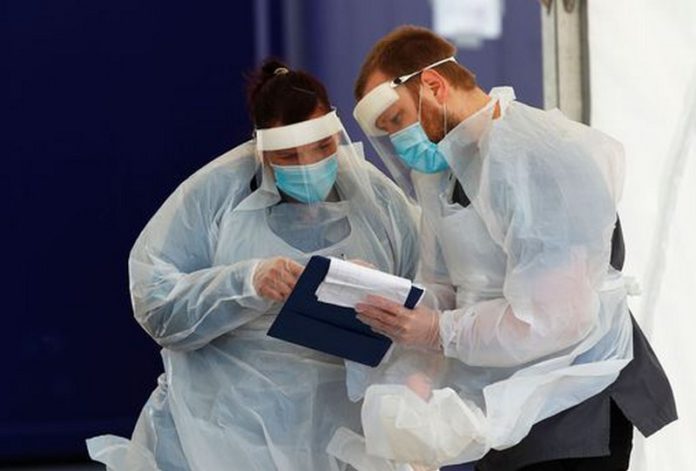 Zimbabwe President Emmerson Mnangagwa has fired his Health minister who was implicated in the irregular procurement of $60 million worth of Covid-19 test kits.

Government spokesperson Nick Mangwana, in a terse statement, said Obadiah Moyo had been removed from Cabinet for “conduct inconsistent with that of a minister.”

Last month, Dr Moyo was arrested over allegations of corruption after the government bought Covid-19 test kits at inflated prices.

He was charged with criminal abuse of office after he approved contracts awarded to a company known as Drax International, which has offices in Dubai.

A representative of Drax International Delish Nguwaya was given bail on Tuesday after almost a month in custody in connection with the case.

President Mnangagwa was under increasing pressure to fire the minister from donors and local activist groups.

One of the president’s sons has been linked to the scandal through Mr Nguwaya, who is said to be his close friend.

The government, however, insists that the first family had nothing to do with Drax International, the company at the centre of the scandal.

Dr Moyo is accused of engaging the company even after it was flagged by the country’s security agents for alleged links with shadowy groups.

A number of officials from the government’s medical drugs supplier that approved the contracts awarded to Drax International have also been arrested.

The company allegedly kept changing names until it finally landed the lucrative contracts.

Zimbabwe had to cancel deals with Drax involving the importation of surgical masks and coronavirus test kits after Interpol began investigating payments to the company.

Zimbabwe, with 700 Covid-19 cases, is struggling to deal with the pandemic due to lack of resources and intermittent strikes by health workers over poor working conditions.

A strike by health workers has stretched for three weeks amid growing demands for the government to pay its workers in foreign currency.

The government is also under pressure to deal with a high-level of corruption, which is blamed for worsening economic problems.

Opposition and civil society groups say they are organising mass protests against graft that are set for July 31.

President Mnangagwa, who took over from long time ruler Robert Mugabe after a military coup in 2017, has been accused of failing to rein in corrupt officials in his inner circle.

Zimbabwe, which is facing a deepening economic crisis, is said to be losing over $2 billion to corruption every year.