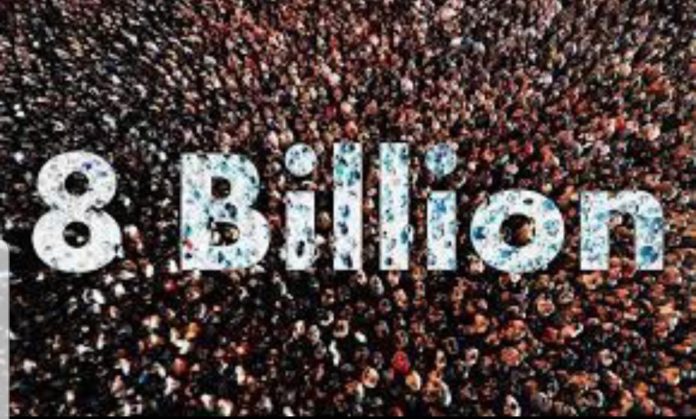 Until 1804, fewer than one billion people roamed our planet. More than a century later, in 1927, we crossed two billion.

Since then, the world population has shot up in the shape of a hockey stick, boosted by the triumphs of modern medicine and public health.

The latest marker was passed on Tuesday, when the United Nations said the world population had reached eight billion, just 11 years after it passed seven billion. (It is an inexact number, since there is no official count, but the international organization said its projections crossed the line on Tuesday.)

The growth rate, which is expected to slow globally over the coming decades, has been uneven around the world. Slowing growth rates in populous nations like China and the United States have caused some alarm, threatening to upend their societies. Rising birthrates in poorer nations threaten to strain systems that are already struggling.

Here are a few of the challenges ahead.

Much of the population growth comes from the poorest countries, especially in sub-Saharan Africa.

About 70 percent of the growth to eight billion from seven billion happened in low- and lower-middle-income countries, most of which are in sub-Saharan Africa, the United Nations said. The trend is expected to become even more pronounced in the years ahead.

“When the next billion is added between 2022 and 2037, these two groups of countries are expected to account for more than 90 percent of global growth,” the organization said.

The fertility rate has dropped globally; in high-income nations, the number of people under 65 is expected to decline in the coming years, the United Nations said. But the fertility rate has remained stubbornly high in poorer countries, where more women and girls lack access to sexual and reproductive health care, including contraception.

Meeting the needs — including education, public health, employment, and water and sanitation — created by that growth will require “a significant increase in public expenditures,” the organization said.

The environmental impact: Our levels of production and consumption are unsustainable.

The growing population has helped fuel consumption at what experts say is an unsustainable pace. It has contributed to environmental challenges, including climate change, deforestation and the loss of biodiversity, the United Nations said.

“Slower population growth over many decades could help to mitigate the further accumulation of environmental damage in the second half of the current century,” the organization said.

Lower-income countries, where the population growth is concentrated, have contributed far less to climate change than the richest nations. But as poorer populations grow, “their energy consumption will need to increase substantially if they are to develop economically,” the organization said.

Experts are forecasting slower growth ahead.

“A decline in the world’s population is not expected for another half-century, with the exact date depending largely on the future pace of fertility decline in today’s high-fertility countries,” the organization said.

China’s births hit a historic low in 2021, a fact that, coupled with its increased life expectancy, could lead to labor shortages and hampered economic growth. The United States has slowed down as well, growing at the slowest rate since the 1930s over the past decade.

India is expected to surpass China as the world’s most populous nation in 2023, the United Nations said in July.