A newlywed mum’s body was found dumped in a suitcase just four days after her wedding.

Devastated friends said Dawn had only just got married on Wednesday.

A 45-year-old local man has been arrested on suspicion of murdering her. He remains in police custody and police are not actively seeking any further suspects in connection with Dawn’s death.

A close friend told YorkshireLive that Dawn was a kind, caring, and friendly woman as well as a mother to a little boy.

The friend, who asked not to be named, said Dawn’s body had been discovered hidden in a suitcase on a grassed area near Aysgarth Avenue and Nunlea Royd which has been cordoned off by police since.

“She got married on Wednesday and died on Sunday morning,” the friend added.

“Dawn was a sound woman. She got married on Wednesday and now this has happened.

“She was found inside a suitcase at the back of some trees. She had been living on (nearby) Shirley Grove.

The friend described Dawn as a kind and friendly woman who had helped people in need.

“She was the soundest person you could meet,” she said. “She was friendly and generous. She once paid for a disabled man’s shopping when he was short.”

A close friend told YorkshireLive that Dawn was a kind, caring and friendly woman

Family and friends shared their grief at Dawn’s death on Facebook, with people calling her a “beautiful” and “kind” person.

One woman described Dawn as a “kind caring soul’.

Neighbours have been left devastated by the news.

One elderly woman said: “I am gobsmacked – there is no other word for it. It is devastating. I have lived here for 40 years and what has happened is just terrible.”

They are particularly keen to speak with an unknown person who called them to report what had happened. That person has not identified themselves to the police, the force said.

Officers were initially called at 4.38 pm on Sunday afternoon – but officers are now keen to know more about suspicious activity in the hours leading up to that.

Officers are appealing to anyone who witnessed any suspicious activity in the area of Aysgarth Avenue or the surrounding streets between 1 pm and 4.38 pm on Sunday.

Detective Inspector Amanda Wimbles, of the Homicide and Major Enquiry Team, said: “Our enquiries into this incident are still at an early stage and we are particularly keen to speak with the person who initially called us to make the report as they have not yet identified themselves to us.

“I would also encourage anyone who saw anything suspicious in the area to come forward and inform police by calling 101 or using the 101Live Chat facility on the website quoting log 1317 of 31 st October.

“Information can also be given to the independent charity Crimestoppers on 0800 555 111.” 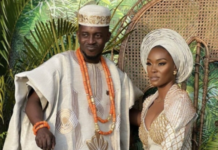