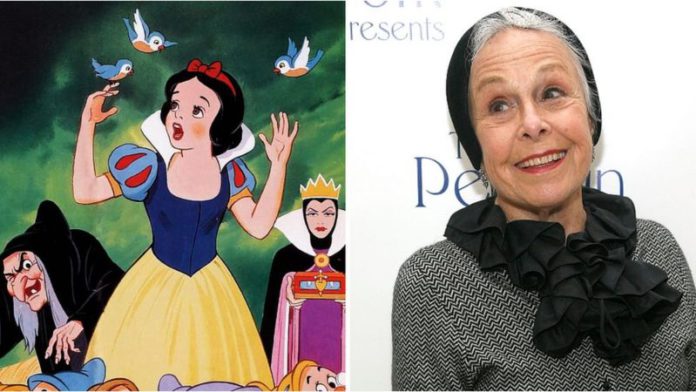 Marge Champion, who served as the real-life model for Walt Disney’s Snow White, has died at the age of 101.

The actress was also well known for starring alongside her husband and dance partner Gower Champion in a string of MGM musicals in the 1950s.

She later won an Emmy Award for choreographing the 1975 TV film Queen of the Stardust Ballroom.

She died in Los Angeles on Wednesday, dance instructor Pierre Dulaine confirmed to The Hollywood Reporter.

Marge Champion was born Marjorie Celeste Belcher in Hollywood in 1919. Her father was dance and ballet teacher Ernest Belcher, who was friends with Walt Disney.

When Disney’s animation team were working on Snow White and the Seven Dwarfs, they studied a young Marge’s movements on a sound stage in order to make the character move more realistically.

From the age of 14, Champion would work with them for one or two days per month for two years, during which time she was paid $10 per day.

“None of them [the all-male animation team] had been a young girl or knew how a dress would do this or that or the other thing,” she explained in a 1998 interview with the Archive of American Television.

Released in 1937, the groundbreaking film was the first full-length animated feature to be made by a US studio, and became a box office sensation.

Champion also served as a model for the Blue Fairy in Pinocchio, Hyacinth Hippo in Fantasia, and Mr Stock in Dumbo.