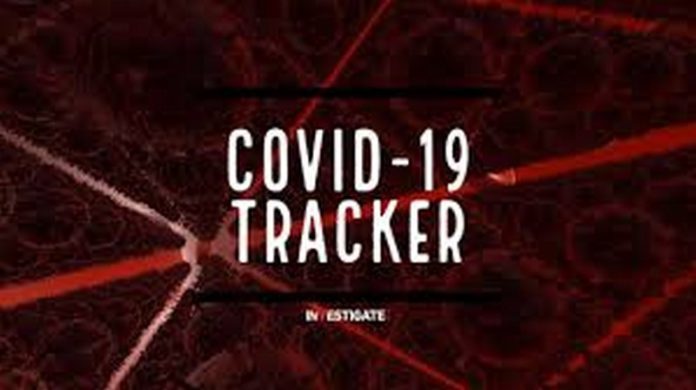 I like the governing New Patriotic Party (NPP) led by President Akufo-Addo for one thing only – its motivated sense of national waste.

These people are very good at building applications for whatever reason but not hospitals and other life-saving infrastructure.

The Vice-President, Dr Mahamudu Bawumia launched Ghana COVID-19 Tracker application less than twenty-four hours ago to provide a regular update to Ghanaians on the situation.

The App will also afford the public the opportunity to check for COVID-19 symptoms and pertinent risk factors.

The ceremony came with a virtual concert headlined by dancehall artiste Shatta Wale, Kuami Eugene and Fancy Gadam, among others.

Aside from helping in the tracking of telephone numbers of persons who have recently been to certain countries, the App is virtually coming to do what the Ghana Health Service is already doing on its website – providing constant update on the COVID-19 situation in the country.

I admit regular information and transparency at this time of the global emergency health crisis are essential in any attempt to fight the virus but we must not be blinded by any measure, however genuine, into wasting money in duplicating systems.

The GH COVID-19 Tracker App should have been one of the last things on the table of our government because Ghanaians through the media are getting the information that they need.

Rather, we need the President and his men to be proactive and not reactive in handling the health crisis.

The increase in coronavirus cases in the country has exposed the weakness in the Ghanaian sense of urgency that has been the cause of our downfall for many generations.

This weakness is seen in everything that we do, ranging from the attitude of the Black Stars on the pitch to the government’s handling of the coronavirus pandemic.

The disease is now in eight out of the 16 regions and the reason for this development is not far-fetched.

The government of President Nana Addo Dankwa Akufo-Addo has been reactive from day one – indicating that it had no plan at the time the first two cases were reported.

The President is holed up in his office at the Jubilee House, hoping the disease will not spread further in Accra – such wishful and wasteful thinking.

The founder of Lighthouse Group of Churches, Bishop Dag Heward-Mills has disclosed during an online service streamed on Facebook last week that he advised the government to close Ghana’s borders immediately when the first two cases were announced.

But this was done a week after the number of cases had shot up.

The clergyman further revealed that after more cases were reported in Accra he again advised at another meeting that the entry points to Accra should be closed so that the disease would not spread to the other regions. Again, this was not done.

Today, the lives of health workers and many Ghanaians are in danger and instead of coming up with ways to stop the further spread of the disease in the country, this government is thinking about ways to waste the already meagre and borrowed resources.

The government has been quick in building an application to dish-out information to the public that the Ghana Health Service and the media are doing on a regular basis. How does this App help our government fight the disease?

This isn’t the right time to waste our resources, Mr President.

Rather, this is the time to ensure that every cedi spent in an effort to contain the disease ends up achieving its purpose. Let’s save lives by spending right.

The author, A. Kwabena Brakopowers is a development communications practitioner, journalist, essayist and a novelist whose works focus on politics, gender, migration, international relations and development. He could be reached at Brakomen@outlook.com