Daniel Nii Kwatei Titus-Glover said until the Speaker of Parliament agrees to handover the MP to the police, he [Sosu] won’t turn himself in.

His comment follows Parliament’s refusal to release the MP even after the Criminal Investigations Department (CID) of the Ghana Police Service had requested so in a formal letter.

This was after the Madina MP had led a protest in his constituency over bad roads which resulted in the blockage of roads and burning of tyres preventing free flow of traffic.

This action, the police described as a violation of the Public Order Act, hence the invitation.

But replying to the letter, Deputy Director of Legal Services, Nana Tawiah Okyir, who wrote on behalf of the Clerk of Parliament, explained that: “I am directed by the Rt. Hon. Speaker to inform you that proceedings of the 3rd Meeting of the 1st Session of the 8th Parliament commenced on Tuesday, October 26, and having regard to the limitations of articles 117 and 118 of the 1992 Constitution of the Republic, he is unable to release the Member of Parliament as requested in your letter.”

According to him, the police officers erred by attempting to arrest the MP without the permission of Speaker of Parliament, Alban Bagbin.

“MPs have some immunities, when you need him, channel it through the Speaker and he will release him to you; you don’t do it by force,” the former Tema East MP stressed.

Though he commended the Inspector General of Police (IGP), George Akuffo-Dampare for his professionalism, such gaffes he noted could mar his good works.

“IGP we all love the work you are doing but this incident is not good. Let your men do the right thing,” he stated.

Mr Titus-Glover appealed to the IGP to do the needful to avoid unnecessary animosity between the police and Parliament.

He also cautioned the Madina MP not to use this to seek cheap popularity since it can affect his electoral fortunes.

“If you have promised your people roads, use your lobbying skills and stop leading demonstrations against your colleague MP and Minister for Roads. When I was MP, I lobbied for roads without leading protests so Sosu must also do so,” he added. 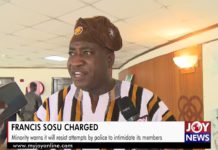 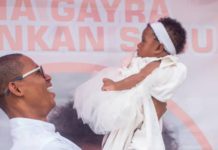 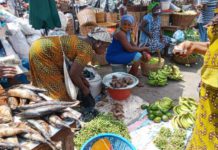