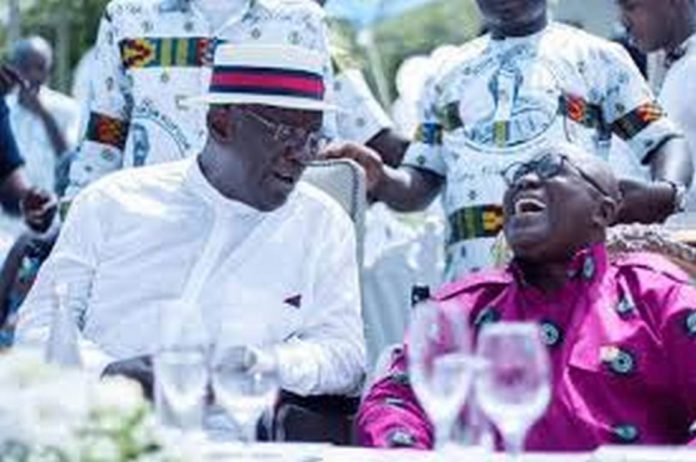 I was very close to Akufo-Addo, I took a lot of risks on his behalf, he knows it. Because of Akufo-Addo, I deserted Kufour on principle, a founding member of the New Patriotic Party (NPP) Dr Nyaho Nyaho Tamakloe has said.

The decision according to the diplomat was a time the NPP needed a formidable person to become a flagbearer in the build-up to the 2000 general elections.

“After Kufuor was unable to unseat Rawlings democratically, we thought that it should be somebody else.

“In fact, some of us had our minds on Kwame Pianim — another good leader — but unfortunately, because he wanted to unseat the military regime, even though he served over ten years in prison, he was not allowed to contest an election as a leader,” he said in an interview with Accra-based Metro TV.

Following the development, Dr Tamakloe said he decided to go all out for Akufo-Addo to lead the NPP.

The Board member of Accra Hearts of Oak disclosed this as he opened up on his relationship with President Akufo-Addo who he indicated was vibrant at the time, hence they thought would be a good successor.

“So, some of us decided that ok Akufo-Addo was then very vibrant and we thought he was very strong and he can speak truth to power, so, we followed him.

“We had an election in Sunyani where Kufuor, Akufo-Addo, and others were the main contestants but Kufuor won hands down. I was on the committee that was managing the affairs of Akufo-Addo; headed by Brigadier General Joseph Nunoo-Mensah, Yaw Osafo Maafo was part,” he recounted. 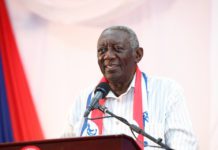