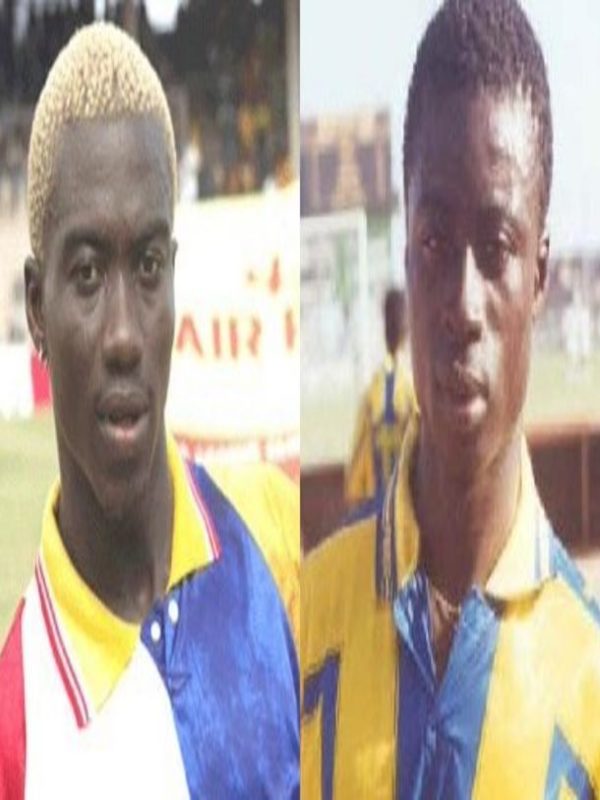 Football fans have joined the debate as to whether Charles Taylor or Bernard Dong Bortey was the best player during their playing days.

Most people have resorted to social media to keep away the boredom that has engulfed people with the coronavirus induced lock-down and self quarantine being adopted in these trying times.

Astonishingly, both players played for Hearts of Oak with Charles Taylor a part of the famous 64 battalion squad that won the first-ever Champions League trophy for the 19 times Ghana Premier League champions while Bortey won four league titles and the Caf Confederations Cup.

The two forwards gained legendary status while playing in the Ghana Premier League in the 2000s.

However, Taylor is seen as an enemy after he crossed the carpet to join their sworn rivals Asante Kotoko.

The two players in 2002 finished as the joint goal kings in the local league with 18 league goals in 30 matches.

The debate has been raging on twitter with football fans and pundits alike all sharing their thoughts on these two talented players who once graced the turfs and entertained millions.