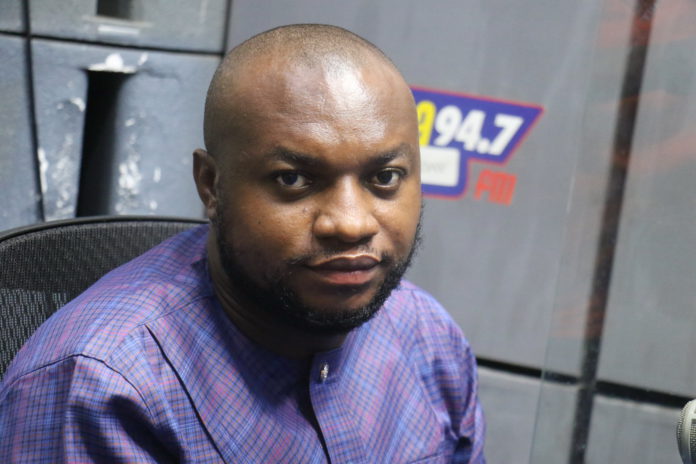 Ashanti Regional Youth Organiser of the National Democratic Congress (NDC) says he doesn’t see the power in the Assin North Constituency parliamentary seat tilting to the New Patriotic Party whether through the courts or a by-election.

Brogya Genfi said the dynamism, passion and leadership demonstrated by Joe Quayson in the constituency for the past eight months favour Mr Quayson.

Speaking on the sidelines of the visit of Mr Quayson and the national leadership of the NDC to the Assin North Constituency, he said the love the people have for Mr Quayson was stronger than anybody could imagine, and nothing could change the tides in favour of the NPP.

He said an analysis of the 2020 presidential and parliamentary elections indicated how strong Mr Quayson was on the ground.

He said Mr Quayson is somebody whose interest is to serve the people, give development to the people and ultimately, give back to his community.

The National Communications team member explains: “Clearly when you listen to the speech and the passion with which he spoke, you could feel that this is a very selfless MP whose ultimate goal is his service to the people.”

Mr Genfi said Mr Quayson’s quest to lead his people was solely borne out of sheer passion and his unbridled quest to develop his area.

Mr Quayson, according to Mr Genfi, spent quite a number of his years in Canada and made it there, and his only drive is to come home and give back to the community he comes from.

The embattled Assin North MP shed tears when he addressed the chiefs of Assin Bereku, and Mr Genfi says the chiefs were touched with the speech delivered by Mr Quayson, and there’s no doubt they were with him through these troubling times.

“Looking from the faces of the chiefs, I have the feeling they were touched by his speech, and I am strongly in the view that this is the man for the people,” he stated.

A Cape Coast High Court last week annulled the parliamentary election in the Constituency because the MP was not qualified to run at the time because he had not completed the processes leading to the renunciation of his Canadian citizenship.