The popping up of the video follows the sudden demise of the televangelist on Sunday, June 6, 2021.

Before his demise on July 24, 2012, former president John Evans Fiifi Atta Mills’ spiritual father was the founder of The Synagogue, Church of All Nations (SCOAN).

The late President was captured in a video alongside TB Joshua as he addressed the church members from the altar.

”There is strength in sharing views and ideas with like-minded people. My brothers and sisters, we’re all the same children of God. Let’s help one another, let’s hold each other’s hands, and whatever happens to us, let’s give praise to the almighty God,” Professor John Atta Mills said.

The video which is making the rounds online has stirred emotions. 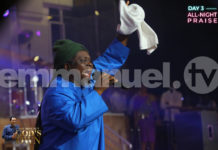 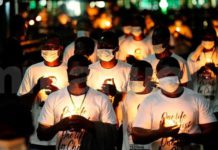 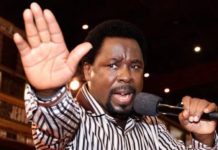