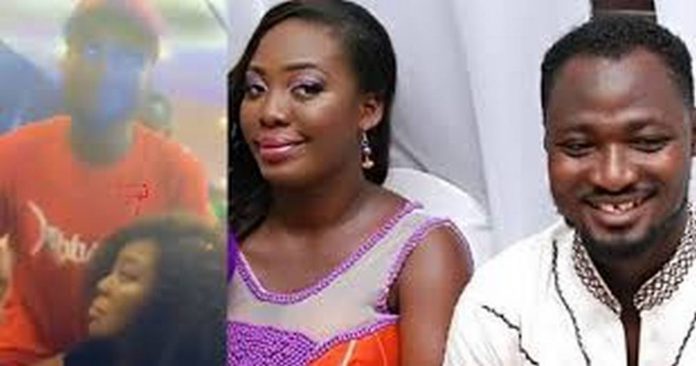 The two met at the launch of Adonko Next Level launch at the Holiday Inn Hotel in Accra on Monday, September 21, 2020.

Funny Face and Miss Ntimbroke up in 2016 after two years of marriage in what turned out to be a very controversial divorce.

While Funny Face accused her of infidelity, she countered by saying the comedian was not good enough in bed for her.

Since the acrimonious divorce, the two have moved on with their lives and have not been spotted together in public.

But in one of the many videos from the Adonko Next Level launch, the former lovers were seen together, albeit in not so friendly circumstances.

The video shows the comic actor approaching Miss Nti who sat at a table. After getting close to her, Funny Face bent a little to tell her something but she did not seem to be enthused about Funny Face’s appearance at her table.

This is what happened when Funny Face met his ex-wife , Nana Adwoa, at the launch of Adonko Next Level According to @nkonkonsa, Funny tried to apologise but the girl didn't mind him