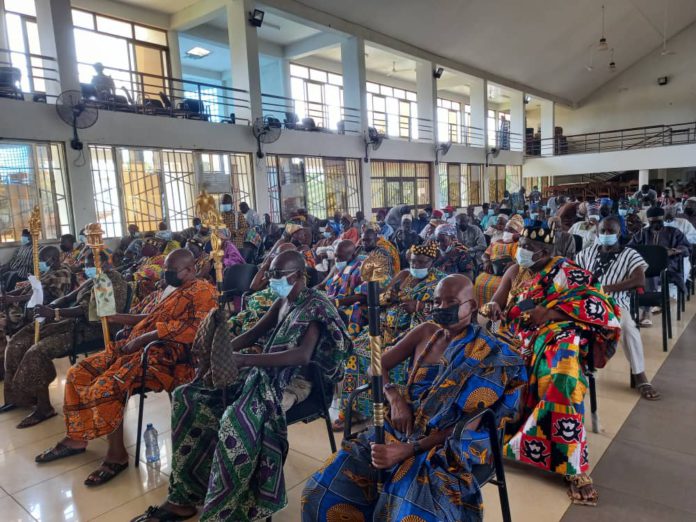 According to Togbe Keh VII, Hohoe has immensely benefited from many developmental transformations by the President through the Member of Parliament for the area, John Peter Amewu.

“The President always comes to the constituency with blessings, and since he became President, the area has seen a major transformation, and we are very much grateful for him for fixing Hohoe,” Togbe Keh VII said.

Togbe Keh noted that the Akufo-Addo-led administration was able to fix Hohoe in ways more than they expected as a Municipality, and it is going to remain a huge legacy for the President.

Adding that, Hohoe will remain indebted to President Akufo-Addo and the NPP.

“It took the NPP to fix the Hohoe Municipality hence our resolve and promise to remain blue and not green ever again,” Togbe Keh VII said

Togbe Keh VII, however, appealed to the President for an autonomous University for Hohoe, upgrade the Hohoe Municipal Hospital to a regional hospital to lift the status of the area.

He also appealed for the early completion of the modern Hohoe sports stadium, which is currently 65% complete.

He also asked for the early completion of the Eastern Corridor road projects, especially the Hohoe, Kpeve, Asikuma stretch.

President Akufo-Addo has, however, assured the Chiefs and people of Hohoe of the government’s commitment to making sure that all the issues raised are addressed and projects completed.

“My joy is to see Hohoe more developed than it is currently before my exit from office as president,” President Akufo-Addo assured.