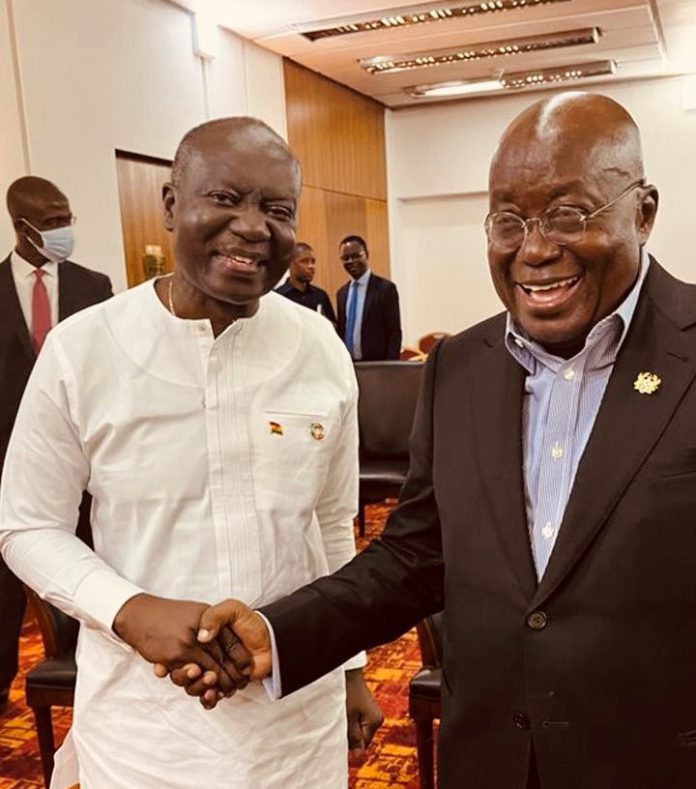 Minority Chief Whip, Muntaka Mubarak, says should President Nana Akufo-Addo refuse to remove the Finance Minister after Parliament censures him, the Minority Caucus will proceed to file a motion for impeachment against the President.

He was speaking on the vote of censure expected to take place Thursday, November 10, against the Finance Minister, Ken Ofori-Atta in Parliament.

Speaking on JoyNews’ PM Express, the Asawase MP, who is certain of victory in this vote of censure, noted that the President will have no choice but to heed to the will of Parliament on the matter.

“I can tell you that this ‘may’ here, every President will know if two-thirds of Parliament says remove this Minister and you choose not to remove the Minister you know what it means? Parliament will not receive that Minister and it could lead to you yourself President going through process to remove you from office.

“Because if we…let’s pray we get two-thirds and then President Nana Addo says that ‘o, even though two-thirds of you have said that I should remove him I’m not removing him’ I can assure you, the next day we’ll file another process to remove the President from office.

He added that should the Minority be able to canvass enough votes to censure the Finance Minister, it would mean it will be easy to canvass same amount of votes to remove the President for his obstinacy.

“One thing I can assure you Aisha is that this is a game of politics, if we can get two-thirds to remove the Minister for Nana Addo, you can be rest assured that that same two-thirds will be ready to remove the President.