Mr Anyidoho, the founder of Atta-Mills Institute and aide to the late Atta Mills, has said his outfit is rehabilitating the grave where the mortal remain of ‘Asomdwehene’ was buried.

According to the Komenda Edina Eguafo Abrem Member of Parliament, the current arrangements go against customs indicating, that “the family is ready to deal with him, traditionally or legally.”

“Is it right to allow someone who isn’t a family member to make changes to the grave without informing the family, or the traditional laws in the country not working?” he quizzed.

“After he opened the grave, what did he see, was the body in the grave or it was missing; did he steal a body part or buried something besides the body? Why is it that he always causes us to remember our pain,” he said, among other things, on Adom FM’s Dwaso Nsem show.

The furious brother of the late President noted that the family was unpleased about the situation and will take necessary traditional actions against Mr Anyidoho.

Listen to Mr Mills in the attached audio below:

Where is Atta Mills’ body? – Family angry with govt [Listen] 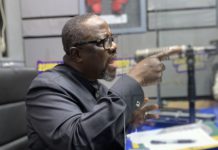 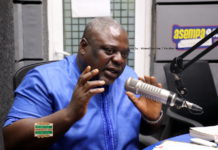 Where is the autopsy report of Atta Mills? – Koku Anyidoho asks