Edward Mensah Akpakudi, the National Chairman of the Ghana Mortuary Workers Association (MOWAG), has revealed deep-seated challenges faced by dieners, popularly known as mortuary workers, in their line of duty.

The MOWAG chairman revealed how he and his colleagues have had to work with no gloves and other important equipment for years.

Mr Akpakudi said after several complaints to the government, they were provided with surgical gloves which did not meet the requirements for handling dead bodies.

Part of the challenges faced by the MOWAG membership, according to him, is the absence of standby generators for the morgues.

“When power goes off, the bodies are affected and when they defreeze the fluids that drip into pans placed beneath the freezers sometimes come into contact with our skin, making us prone to many infections,” he explained.

The senior diener further recounted how one of his colleagues, in an attempt to remove a body, swallowed housefly that just landed on the dead body.

He disclosed that an average mortuary worker makes as little as GHC 800 a month even though they engage in 24-hour duty shifts. 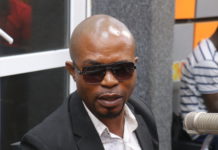 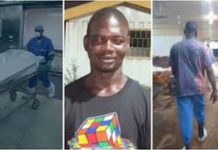