General Manager of Accra Great Olympics, Oluboi Commodore, has reiterated that they are in contention to win the ongoing Ghana Premier League.

The Wonder Club, after 28 matches played, sit 4th on the league log with 45 points.

The two-time Ghana Premier League champions have been impressive in the ongoing 2020/21 season under the veteran gaffer, Annor Walker.

After sharing spoils with Hearts of Oak in the Ga Mantse Derby last week in the matchday 28 game at the Accra Sports Stadium, Oluboi said their aim was to fight for the ultimate.

“We are in contention to win the Premier League,” he told Asempa FM on the Sports Nite Show.

“If we win all our matches, we will be in the top four but the aim is to win the title.

“If you look at the games Hearts of Oak and Asante Kotoko are yet to play, we have a chance to win the title.

“Everything is possible but Great Olympics stands a chance of making history,” he added.

Great Olympics will be hosted by King Faisal in the matchday 29 games at the Ohene Ameyaw Park this weekend at Techiman. 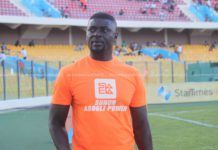 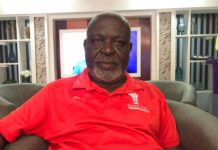 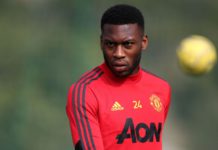 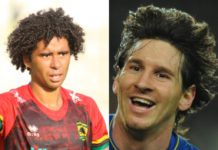 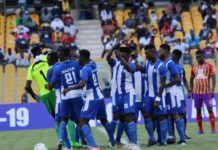 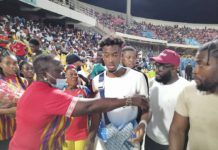