Member of Parliament (MP) for Tamale Central, Inusah Fuseini, is advocating for a ‘minimum academic qualification law’ to be passed by Parliament for persons interested in becoming MPs..

Mr Fuseini argues that, the lack of a minimum academic qualification criteria by political parties in the selection of parliamentary aspirants, accounts for the low quality of debates in parliament and representative democracy as a whole.

“Because there are no criteria for contesting elections, we are unable to insist on quality in the selection process, anybody who has money to buy a form and is otherwise 18 years, and is qualified by the terms of the constitution goes to buy a form at a political party office and wants to contest elections. Never mind that they will be unable to represent the people and contribute to shaping national discourse,” he told the ghanareport.com in an interview.

“Because there are no criteria, everybody just comes in, the only qualification criteria now is how much you can pay delegates and that is introducing corruption into the selection process. But you see, if you want to properly represent your people, you should at least, have some appreciable educational background,” he added.

According to Mr Fuseini, quite a number of MPs lack the confidence to contribute on the floor of Parliament due to their poor educational background.

Blaming the 1992 Constitution for the lapses experienced in the country’s parliament, the former Minister for Lands and Natural Resources, advocated that an MP should at least have a West African Secondary School Examination Certificate (WASSCE).

His stance was supported by the Majority Leader in Parliament, Osei Kyei Mensah-Bonsu, who stated that basic academic qualification as a criterion for entering parliament was jettisoned by framers of the 1992 Constitution. 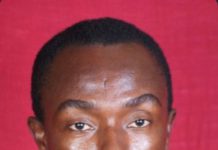