The Speaker of Parliament, Alban Bagbin, has said staging a walkout in the chamber does not render the House incapable to continue proceedings.

According to him, staging a walk-out is a legitimate form of protest and is part of Parliamentary norms and practices.

Addressing the House on Thursday, he cited instances in the past where walkouts were staged but did not interfer with proceedings.

“Indeed, there have been several walk-outs since 1997 and each side of the aisle has used it as a legitimate tool to register their displeasure with one issue or the other. The staging of a walk-out, however, does not render Parliament incapable of performing its functions.

“Hon Members, may I refer to three instances where walkouts and boycotts have been deployed and the business of the House has continued despite the walkouts, ” he recounted.

He added, “On August 22, 2003, the Minority staged a boycott of the House in protest against the National Health Insurance Authority which was under consideration. And the Minority was against one provision. I led that walk out.”

Mr Bagbin’s comment was in relation to a position of the Majority that their walkout on the 30th of November, during the discussions of the budget, made the decision of the House invalid.

However, the Majority later convened in the absence of the Speaker and Minority caucus to approve the 2022 budget which had earlier been rejected.

Mr Bagbin resumed his seat as Speaker on December 16, 2021 following a two-week break and travel to Dubai in the United Arab Emirates for a medical review. 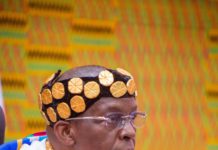 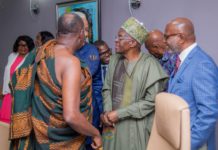