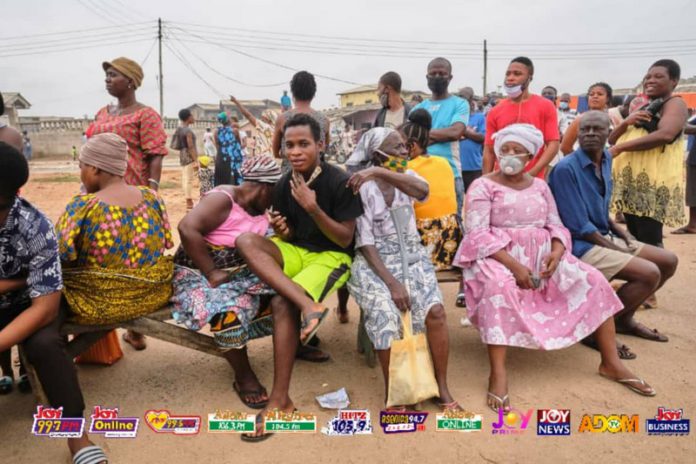 A total of 30,462 applicants have been challenged over their eligibility to acquire the new Voters Identification Card, the Electoral Commission has said, on Friday.

This constitutes 0.20 percent of the provisional total number of applicants registered, Dr Bossman Eric Asare, Deputy Chairman in charge of Corporate Services, Electoral Commission (EC), said at the Eighth Edition of the, “Let The Citizen Know” series of the Commission.

He said one of the ways to guarantee the credibility of the voters register was the utilisation of the process for challenging eligibility, as enshrined in law.

He, therefore, expressed regret that although that process was working well there had been instances where agents of political parties had intentionally abused the process by challenging people in the stronghold of their political opponent.

“Democracy thrives when all qualified applicants are allowed to take part in the political process,” he stated. “Parties should educate their agents to avoid preventing persons who are otherwise qualified to register to enable them to do so and exercise their franchise,” the Deputy Chairman said.

Dr Asare said, from the table, it was clear that Greater Accra’s 5302 followed by Ashanti’s 3922 lead the pack in nominal terms.

He, however, said, in real terms when the numbers were adjusted for the total registered per region the leading regions with most challenged cases were the Oti at 0.49 percent, Ahafo at 0.37 percent, Volta at 0.36 percent, Bono at 0.31 percent, Western North at 0.29 percent, and Savanna at 0.29 percent.

“Interestingly, all these are border regions except Ahafo and Bono East. This should suggest that most of the challenges would be emanating from the citizenship of the applicants. Also, the residential and age statuses of applicants certainly must feature prominently in these challenges,” he added.