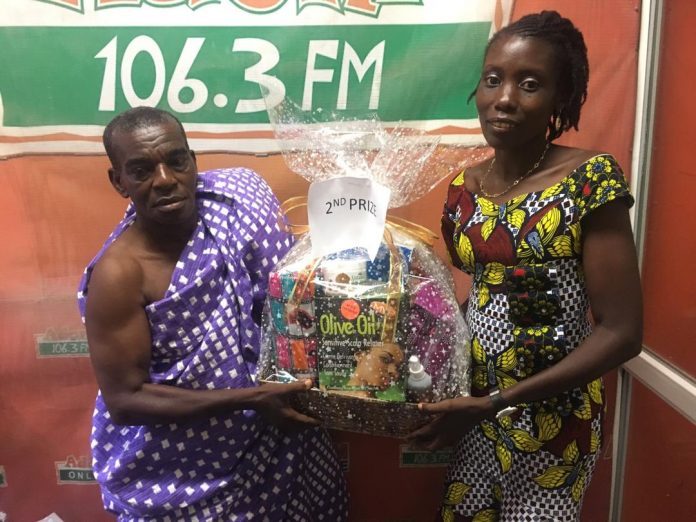 A visually impaired teacher, Sarah
Asiedu has beaten over 40 other contestants to win the maiden edition of Adom
FM’s Kenkan
Me Mother’s Day Essay Competition.

The radio show which is aimed at educating people on the customs and traditions of the Akan people and also promote the reading of books authored in local languages chose to award mothers of its listeners through essay writing.

Listeners were asked to write not
less than a four-minute story about their mothers in Akan.

Of the many letters submitted to
Adom FM, Sarah Asiedu made it among the top four shortlisted and was adjourned
the winner after winning the votes of listeners and judges.

Among the shortlist of four were Adams
Iddrisu, Ama Akyereba and Ernest Ntow.

Sarah Asiedu, sharing her
excitement after winning the competition, called on all mothers to appreciate
and accept disable children after birth.

She said she has become a pillar of her family because her mother did not neglect her after doctors declared that she could never see again at a tender age.

Sarah Asiedu is currently on study leave and enrolled at the University of Education, Winneba where she is furthering her education.

She is hoping to become a news
anchor on Adom FM.

Sarah’s partially visually impaired husband and father of her 5-year-old son has been urging people with disability to fit into the society without becoming a burden on their families and the nation as a whole.