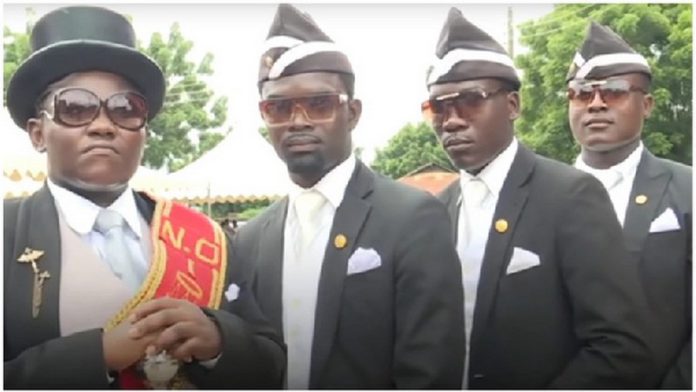 Benjamin Aidoo, the leader of the troupe of dancing pallbearers who have become a global sensation because of a viral meme, is happy that United States President Donald Trump has shared footage of the dancers.

In a Facebook post, Mr Trump re-posted a video that had been doctored to show the pallbearers dancing with a coffin that had the words “Biden president” written on the side.

Mr Biden is likely to be Mr Trump’s challenger in November’s election.

Mr Aidoo told the BBC’s Sulley Lansah that he saw the president’s Facebook post as the “ultimate endorsement” of his work.

He felt that the whole world will now see the post and it could open many doors for him.

Three years later and the group has experienced a second round of internet fame, with social media users adopting the troupe as a dark-humoured symbol of death in the time of Covid-19.

Mr Aidoo said that he still cannot believe how popular his video has become and he keeps getting calls and granting interviews from all over the world.