The Coalition of Domestic Election Observers (CODEO) have noted with concern, some of the challenges with the on-going voter’s registration exercise in the country.

This comes after the Coalition conducted the observation at strategic constituencies between July 6 and July 17, for a total of 8 days.

Although they have described the Phase 2 and 3 of the on-going registration exercise as having been “conducted in accordance with relevant electoral rules and regulations”, they also raised concerns about the health safety and security challenges observed at some of the registration centres.

In their second preliminary report on the exercise, CODEO details incidents of confusion, chaos and violence, which led to the death of an individual in the Banda constituency of the Bono Region.

The report condemned all these incidents of violence and implored “the security agencies to step up efforts to bring all perpetrators of violence to book” in order to serve as a deterrent to others.

The Coalition further warned that “failure on the part of the security agencies to act on such violent incidents would send a wrong signal to criminals and make mockery of the new law on vigilantism.”

They also made an appeal to the New Patriotic Party (NPP) and the National Democratic Congress (NDC) “to check the conduct of their agents deployed in [the] registration centres.” 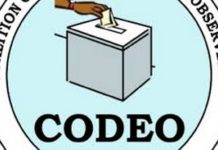 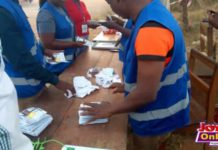