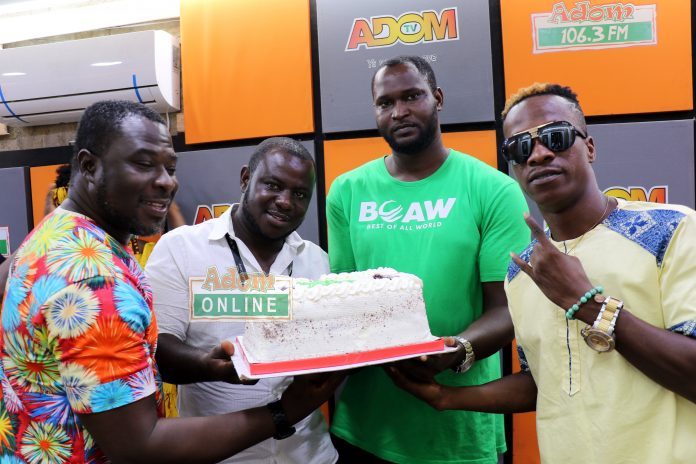 What was supposed to be a morning show turned out to be a surprise birthday party for Adom FM’s Work and Happiness host, Isaac Owusu Ansah, popularly known as OPD, on Friday.

In attendance were highlife musician K.K. Fosu, Hitz FM’s Andy Dosty, Kwame Oboadi3 and producer, Tetteh Banafo among other notable faces who were present to wish OPD a blissful celebration.

SEE THIS: Wutah has broken my heart – Guru

Andy, who was the disc jockey for the moment, played back-to-back K.K. Fosu’s songs including the banger he recorded with Samini, ‘Sudwe.’

The surprise cake climaxed the celebration of OPD’s party on the show.