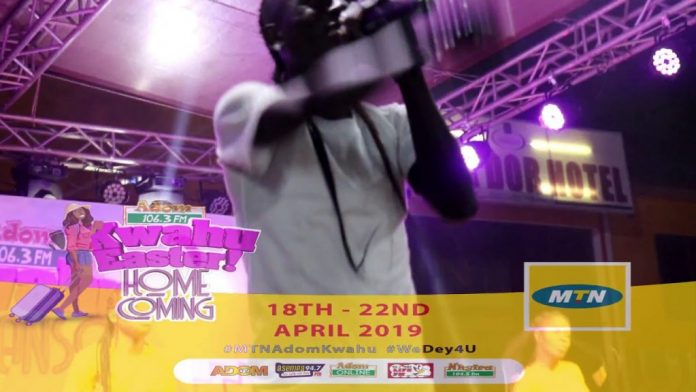 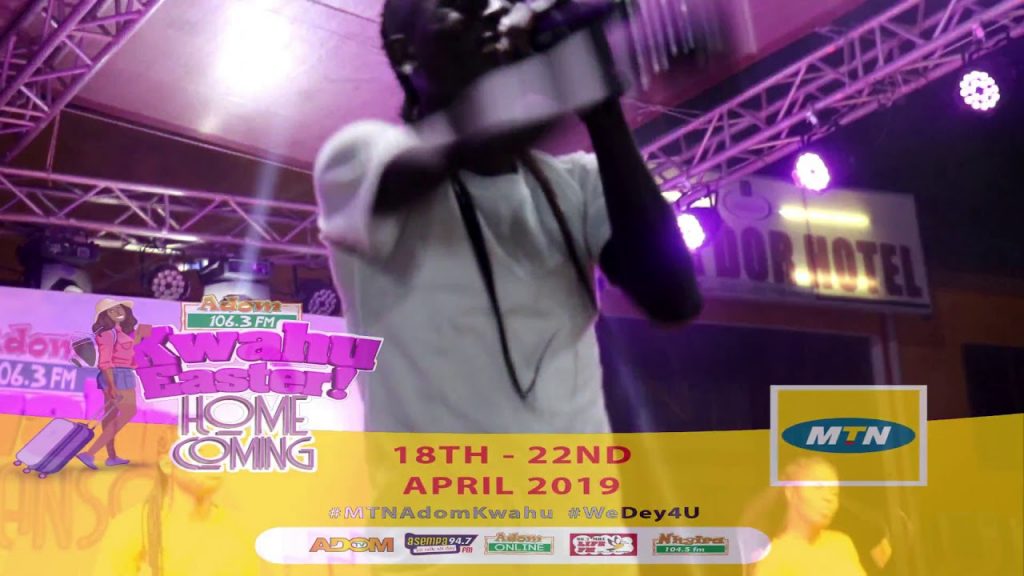 It was a night he commandeered and controlled not because he was the only artiste on the bill but because he is a musician who has been married to controversy in recent times – I talking about Patapaa Amisty.

Who doesn’t love controversy, anyway? Of course, we all do and that is why when the Swedru-based hitmaker, mounted the stage Linda Dor to have his day with fans of MTN Adom Kwahu Kwanso mega-bash, he was greeted with the loudest cheers.

If fact, so loud were the cheers that it virtually drowned songs such as There is Nothing, Body fi Body featuring Shatta Wale, among others.

Sending the crowd even wilder was when he performed the track, Honey in which he featured dancehall act, Stonebwoy – the crowd gyrated in all angles to the fast-tempo songs.

The night got better when Multimedia Disc Jockey (DJ), Wob3ti, chipped in his verse of the Akwaaba song featuring Mr Eazi, Guiltybeatz and Pappy Kojo.

At that point, it became clear that the One Corner man had stolen the Kwahu Kwanso show as inaction and passiveness gave way to aggressive ecstatic moments.

ALSO READ: Medikal teams up with Davido on new song

Watch this space for a minute-by-minute update of happenings at the ongoing MTN Adom Kwahu Easter 2019. #WeDey4You